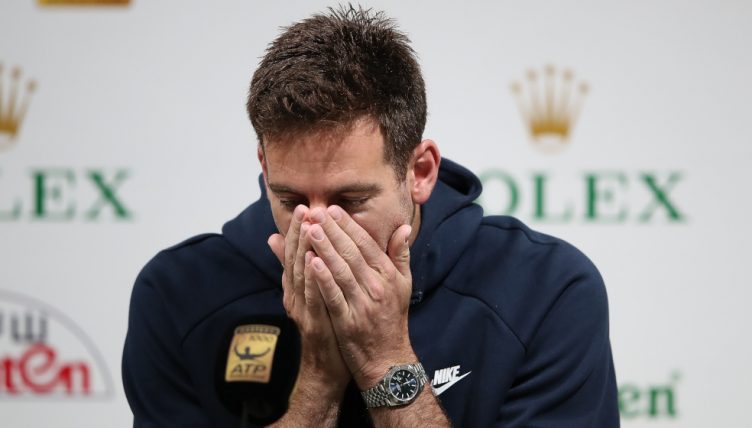 Juan Martin del Potro is set to miss the rest of the 2018 season after picking up a serious knee injury during the Shanghai Masters.

The former US Open champion fell awkwardly during his third-round clash against Borna Coric on Thursday and then retired at the end of the opening set.

His spokesperson Jorge Viale revealed via Twitter on Sunday that he fractured his right kneecap.

“The medical studies carried out on Saturday showed that Juan Martin del Potro suffered a fracture of his right patella bone in Shanghai.

He added: “In the coming days, the doctors will evaluate the recovery process needed to return.”

The 31-year-old Del Potro, who has risen to No 4 in the world on the back a brilliant comeback season, was naturally disappointed with the latest setback.

“It’s a hard blow which leaves me without any strength. It’s very difficult for me to think about recovery again. I did not expect this to happen.”