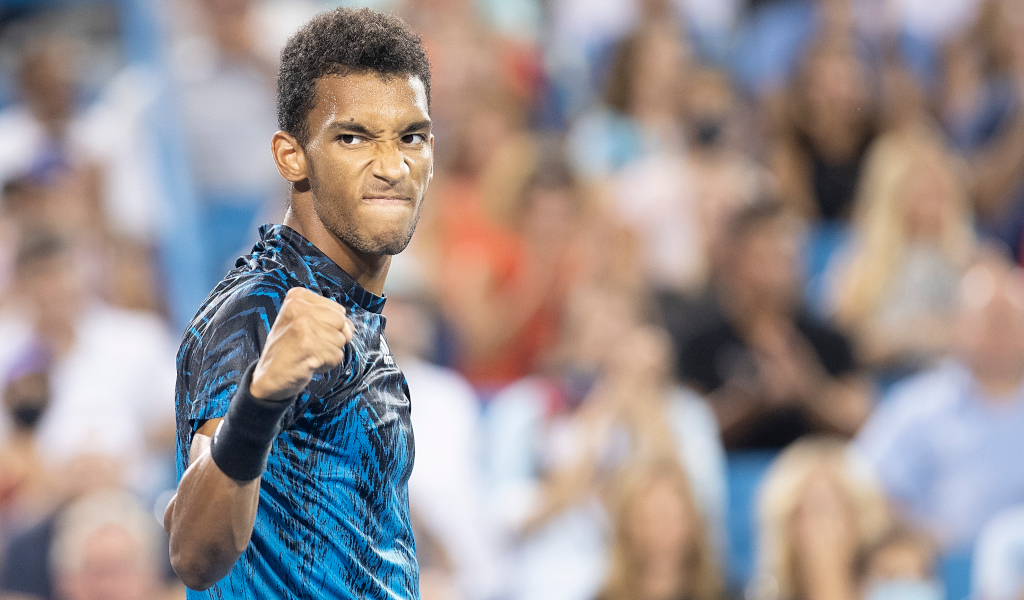 Felix Auger-Aliassime stayed in the hunt for a place in the ATP Finals with a remarkable victory over Cameron Norrie in the second round of the Vienna Open.

The Canadian found himself staring down the barrel as Norrie won the opening set and built a 6-3 lead in the second tie-breaker, but he won five points in a row and then controlled the deciding set to win 2-6, 7-6 (8-6), 6-4 in two hours and 35 minutes.

Norrie dominated the opener with breaks in games one and seven and after no breaks in the second set, the British No 1 appeared to be headed to victory when he opened a big lead, but the sixth seed went up a gear to take the tie-breaker before a break in game five of the decider set up the win.

It was only Norrie’s second defeat in 13 matches as he won the BNP Paribas Open and finished runner-up in San Diego.
“I just really had in my mind that I couldn’t go away easily. I wanted to push him to really beat me and deserve it in the second set,” Auger-Aliassime said.

“He did well. I was down three match points. In a way, I was lucky. He was so close to winning, I just hit a crazy passing shot on match point to save it, so sometimes the margins are small. That was the case today, so I’ll take it.”

It also means he can still qualify for the season-ending tournament in Turin.

“That was an important win to stay in the Race. I think if I lost that match, the odds would have been very tough for me to qualify,” Auger-Aliassime said. “It keeps me alive in the Race, but the road is still very long.”

Up next is either second seed Alexander Zverev or Alex de Minaur.

Meanwhile in the top half of the draw, Casper Ruud also had to go the distance as the fourth seeded Norwegian beat Lorenzo Sonego 7-5, 4-6, 6-4 to set up a clash against seventh seed Jannik Sinner, who was a 6-4, 6-2 winner over Dennis Novak.