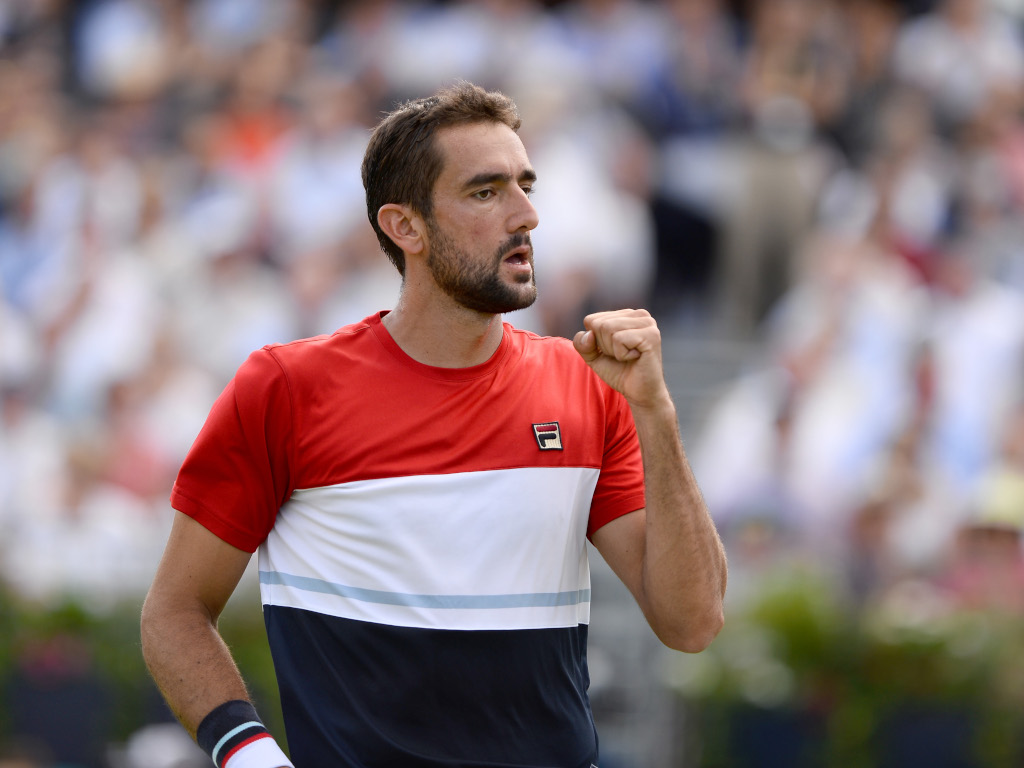 Croatian Cilic required just over an hour to beat Fernando Verdasco from Spain 6-3, 6-4, with one break of serve in each set more than enough to earn him the win.

“I felt I prepared really well for the match, considering on the other side of the net was Fernando, a great quality player,” Cilic said.

“I lost to him few times already, and that just pushed me to be ready from the first point. I got into the match really well. I served well straightaway from the beginning… Really pleased with today, and I knew obviously if Fernando is hot, he can play great tennis, so I’m pleased to win it in straight sets.”

Wawrinka made light work of Great Britain’s Cameron Norrie, winning 6-2, 6-3 in under an hour.

The 🇨🇭 rolls past Cameron Norrie 6-2 6-3 in 56 minutes for his first #QueensTennis win since 2015! pic.twitter.com/KQNlw1aA2u

“In general [the knee] has been improving week after week,” Wawrinka, who faces Sam Querrey next after the American beat Britain’s Jay Clarke 6-3, 6-3. “Now I feel really good on court, strong physically.

“I will have ups and downs in the next months and need to be patient. You need to be ready to accept frustrating but today was a great day.”

In the final game of the day, Daniil Medvedev from Russia upset sixth-seeded American Jack Sock 7-5, 6-3.