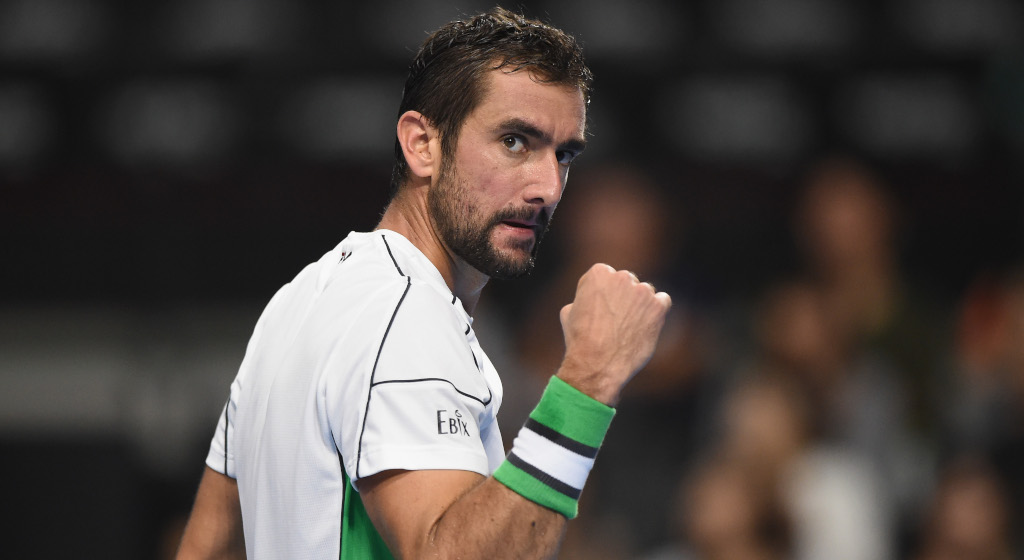 Marin Cilic had no problems easing past Denis Shapovalov at the Swiss Indoors while Stan Wawrinka was forced to pull out of the tournament.

Third seed Cilic secured a comfortable 6-4, 6-2 win in one hour and 17 minutes over the Canadian.

Back on 🔝@cilic_marin records his first ATP win since US Open (!), playing near-perfect tennis to d. Shapovalov 6-4 6-2 💪#SwissIndoorsBasel pic.twitter.com/i9eNOqVANK

The Croatian broke twice early on to race into a 4-0 lead and then served it out while two breaks of serve in the second set were enough to earn the victory.

Cilic will face Marius Copil next after the Romanian secured a 6-2, 7-6 (10-8) win over Ryan Harrison from the United States.

Sixth seed Marco Cecchinato crashed out, though, as the Italian suffered a 6-4, 6-2 defeat at the hands of Swiss Henri Laaksonen, who will face Taylor Fritz in the second round after the American beat Laslo Djere 6-0, 7-5.

Meanwhile, three-time Grand Slam winner Wawrinka withdrew from the tournament after injuring his back during practice.

Wawrinka, who has struggled with knee injuries in the past year, said there was “disappointment and sadness” after he made the decision, but felt he needed to consider his long-term health.

“I turned my back, and retiring was the only decision I could make,” he said.