Marin Cilic saves match point against Gael Monfils, but rain is the winner 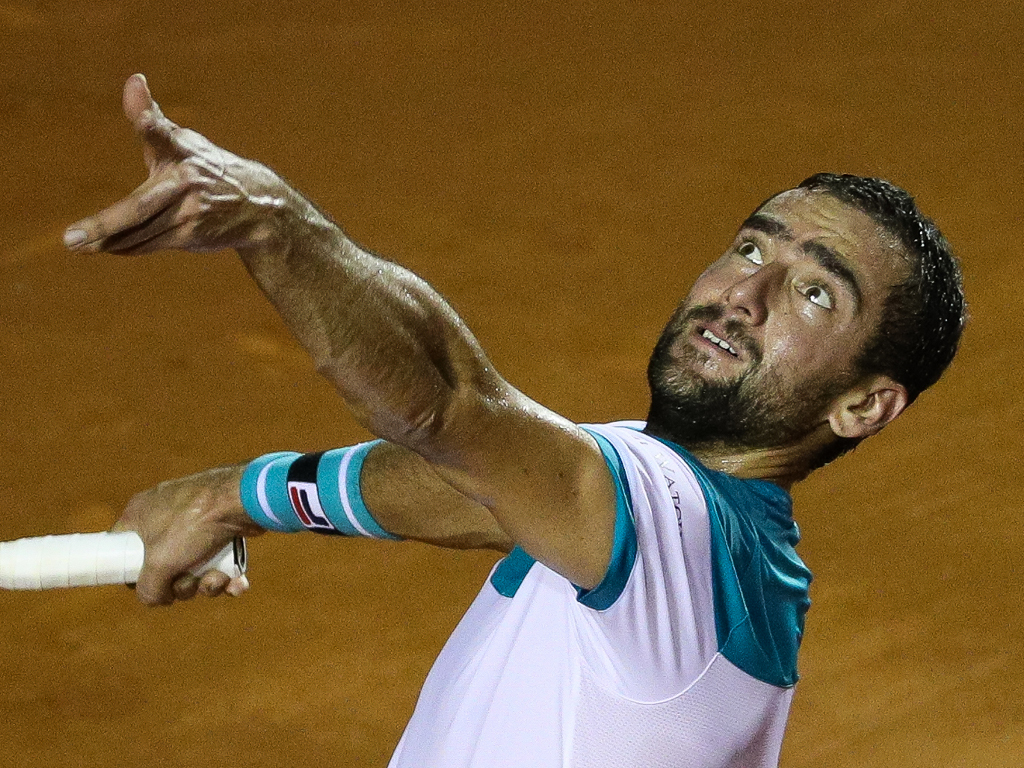 Rain stopped an intriguing match between top seed Marin Cilic and Gael Monfils at the Rio Open, while Diego Schwartzman is safely through.

In the late encounter, Australian Open runner-up Cilic found himself in all sorts of trouble as he lost the opening set and then had to save a match point in the second set tie-breaker.

The mercurial Monfils was leading 3-6, 6-6 (7-7) when the match was called off for the day because of rain.

Schwartzman, though, had no such problems as he breezed past fellow Argentinian Federico Delbonis 6-2, 6-3 to secure his place in the quarter-finals.

Chilean Nicolas Jarry caused the upset of the day as he beat fourth seed Albert Ramos-Vinolas 7-5, 6-3.

World No 94 Jarry was 3-5 behind in the opening set, but eventually found his rhythm and went on to win his first match against a world top 20 player.

“I was feeling very good but was a bit hyper, going for too much on the ball,” Jarry told ATPWorldTour.com. “I tried to not give any points to him and I broke him. I did a couple of good returns and after that he got a bit tighter and gave me the advantage for the rest of the match.”