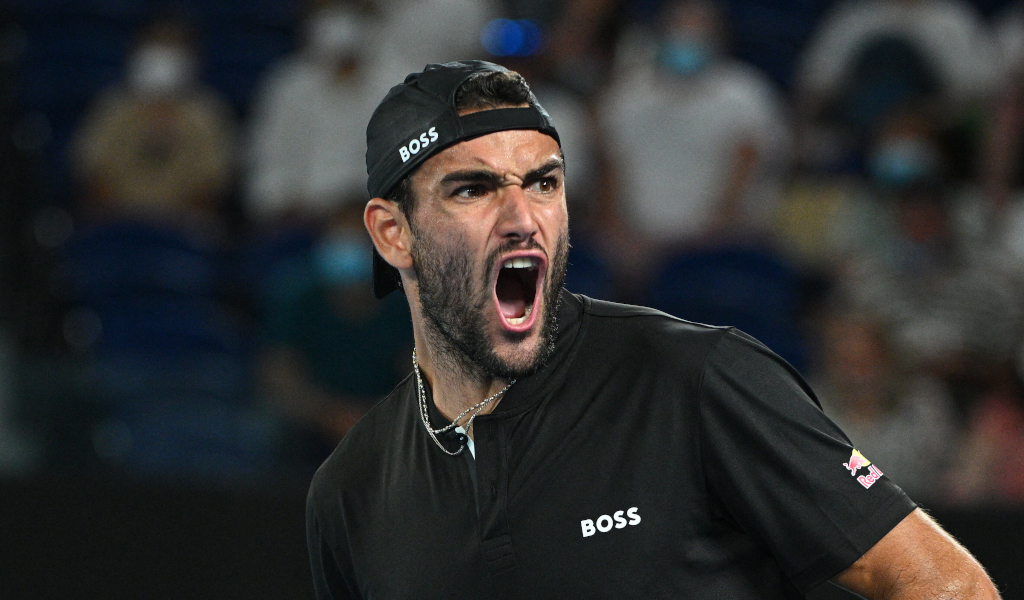 He found himself 2-5 down in the second set, but a bit of anger helped Matteo Berrettini to get the better of Lloyd Harris at the BNP Paribas Open.

The sixth seed had never made it past the third round of the Indian Wells event and he must have had his doubts when he suffered a second-set slump, however, he turned things around to secure a 6-4, 7-5 win in one hour and 32 minutes.

The opening set was pretty evenly matched as Berrettini only broke in game nine, but it was a different story in the second set as Harris broke in game four and opened up a 5-2 lead.

After failing to convert to set points in game eight, Harris came out to serve for the set and had another set point. His failure to capitalise saw Berretini break back before the Wimbledon runner-up broke again in game 11.

He then served the match out to love to reach the fourth round for the first time.

“I like the conditions but for some reason, I have never been able to play my best tennis here,” he said. “I am happy with my performance, Lloyd is a tough opponent. It feels really nice to reach the fourth round for the first time. Every year I am improving.”

The Italian continued: “I got a little bit nervous. “I didn’t like how I handled the start of the second set. I let the anger out a little bit, which helped. I found the right balance in order to break him in the important moment and I then had the momentum.”

Berrettini will face Miomir Kecmanovic next after the world No 61 beat Dutchman Botic van de Zandschulp 7-6 (7-3), 7-5.

The winner of that match will face either 20th seed Taylor Fritz or 26th seed Alex de Minaur in the quarter-final after the former defeated qualifier Jaume Munar in three sets and the Australian beat Tommy Paul in straight sets.