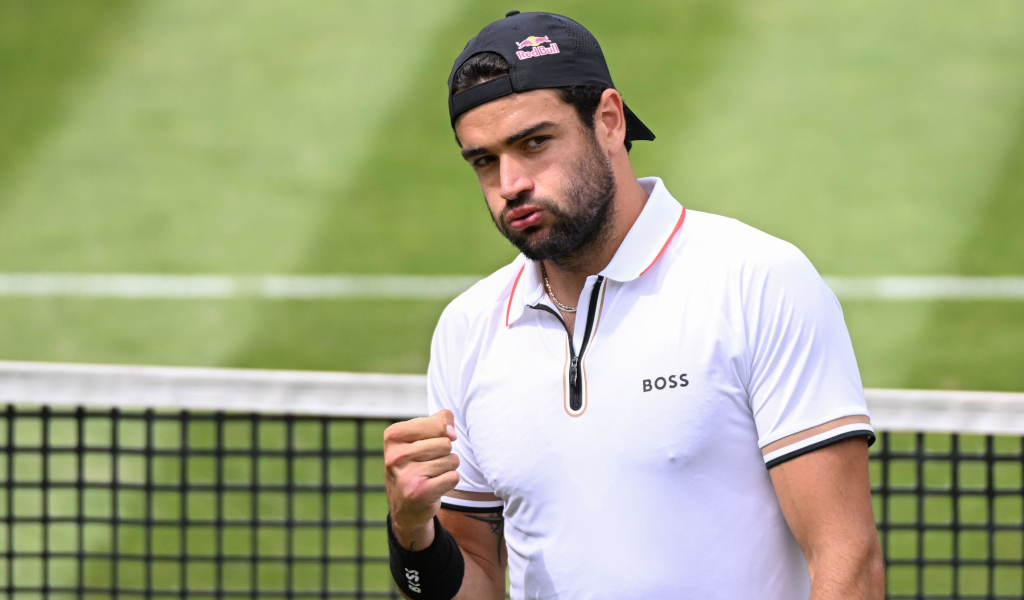 He struggled at times after several months on the sidelines, but there were a lot of positives for Matteo Berrettini as he made his return from injury in Stuttgart.

Berrettini underwent surgery on his right hand after the Indian Wells Open in March and, after initially hoping to be fit for the French Open, he missed nearly three months’ action.

However, all that was put to one side as he made his comeback with a second-round victory over Radu Albot at the BOSS Open on Wednesday.

The Italian dominated the first set with two breaks of serve, but Albot pegged him back in the second set as one break took it to a decider. Berrettini then broke midway through the first set before serving it out for a 6-2, 4-6, 6-3 win.

Matteo Berrettini makes his return to the @atptour with a 6-2 4-6 6-3 win over Albot#BOSSOPEN @theweissenhof pic.twitter.com/VvYVN0Ehks

“I feel good, physically especially,” the second seed said. “I didn’t take it for granted that I was stepping out and feeling good, especially after a surgery. I’ve never had one [before]. I’m really happy, I played three sets, so I’m feeling good.”

He added: “Obviously it wasn’t easy, especially mentally. When you’re not playing a lot, you lose the rhythm a little bit. That’s why I struggled a little bit in the second set, but in the first games in the third I fought hard. I felt like I had to be there, I had to fight, and I’m happy to be through.”

The 2021 Wimbledon runner-up will face either compatriot Lorenzo Sonego or wildcard Jan-Lennard Struff in the quarter-final.

“The grass is always one of my favourite parts of the season, so I’m [happy] to be here enjoying the grass and I’m pretty sure my level is going to get better and better,” he said. “Today was the first important step.”