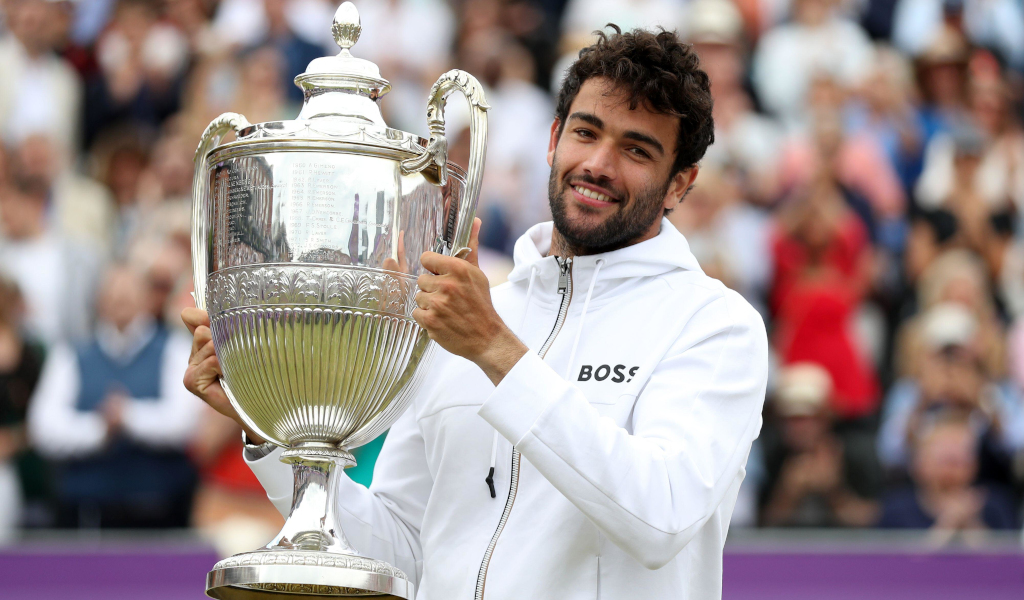 Matteo Berrettini fired a Wimbledon warning as he defended his title as the king of Queen’s. 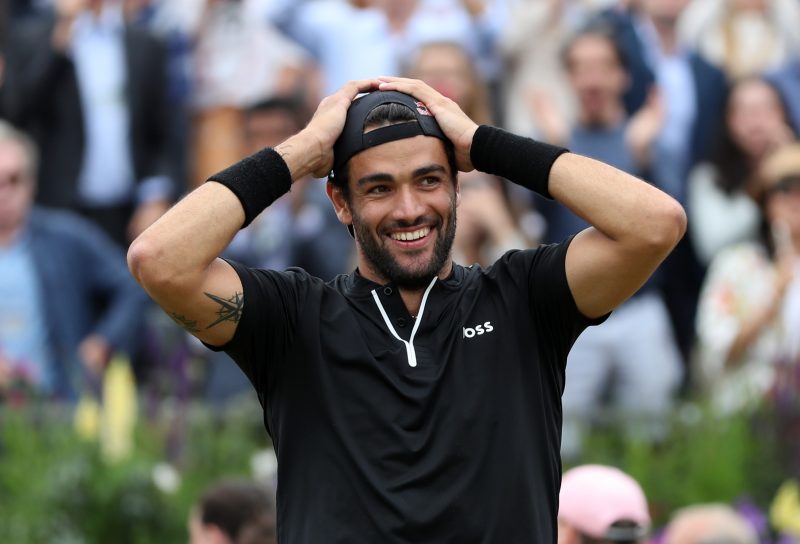 The world number 10 has been invincible this grass-court season, unbeaten since returning from recent hand surgery.

He has won back-to-back titles, having beaten Murray in Stuttgart last weekend, and now has his sights set firmly on going one better at Wimbledon which begins a week on Monday.

Things looked ominous for underdog Krajinovic, ranked 48 in the world, when he had to fend off break points in his first two service games and then dropped serve in his third.

But despite his aversion to grass – Krajinovic had never won a match on the surface prior to this week – he was not in the final just to make up the numbers and hit straight back for 3-3.

However, Berrettini got his nose in front again at 6-5 and this time decisively served out the set to take firm control.

Krajinovic was attempting to achieve something compatriot Djokovic has never done – win the Queen’s title – but the wheels came off midway through the second set as Berrettini broke to love.

After finishing the job with a booming ace, Berrettini said: “There are too many emotions.

“The last thing I expected after a surgery was two titles in a row and to defend my title here. I just cannot believe it.

“Every time I walk in the hallways here and see all the names of the champions from the past, and now knowing it’s me, twice, on the same wall gives me goosebumps.”

Krajinovic’s unlikely run to the final will earn him enough ranking points to be among the seeds at Wimbledon, where he has suffered four first-round exits.

He said: “It was an amazing last 10 days, very emotional to be in my first final on grass.

“Just before this tournament I never won a match on grass and I hated playing on grass. But I feel now I want to play more and more. For sure I’m going to play here next year.”