Matteo Berrettini delighted after ‘unbelievable job’ in Stuttgart, but admits ‘my body is hurting a little bit’ 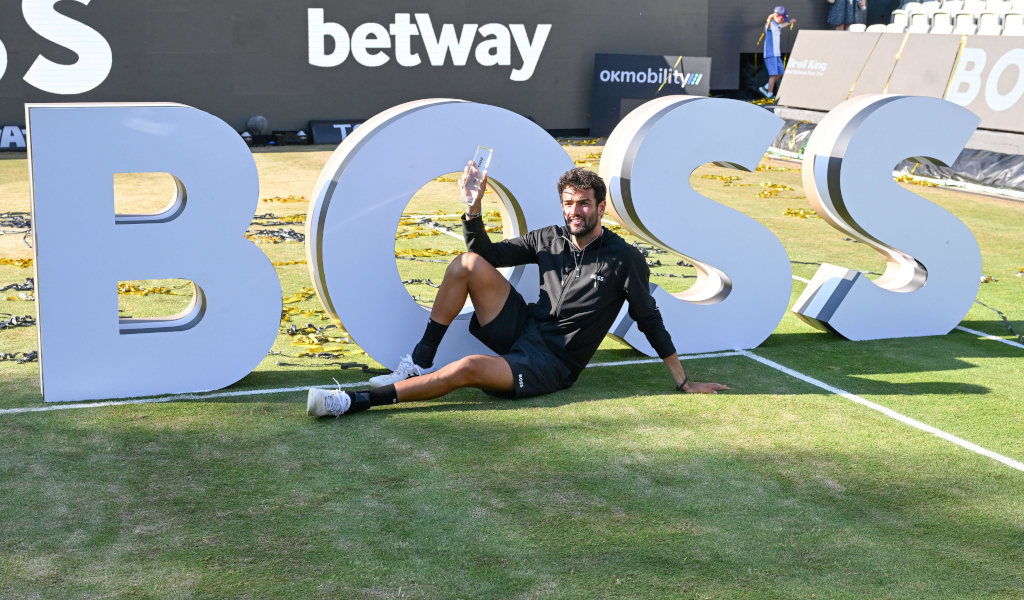 Matteo Berrettini made a stunning return to competitive tennis by winning the Stuttgart Open, although he admitted that he was “feeling it” physically after a busy week.

Playing in his first tournament since March following an operation on his hand, Berrettini went all the way in Germany as he defeated Andy Murray 6-4, 5-7, 6-3 in two hours and 35 minutes in Sunday’s final.

What made the Italian’s run at the ATP 250 even more impressive was the fact that three of his four matches went the distance while his semi-final win over Oscar Otte was two tight tie-breakers.

The moment Matteo Berrettini secured victory at the #BOSSOPEN 🤩 pic.twitter.com/0fD1CmNB5o

“It is unbelievable. It was obviously a goal [to win the title], but I thought it would be really, really tough,” he said. “I don’t even think I played my best tennis, but that is why I am even more proud of myself. Mentally I was really tough. I did an unbelievable job to be there. I fought hard and this means a lot.”

The world No 10 added: “My body is hurting a little bit,” Berrettini said when reflecting on how he feels physically. It had been three matches without matches and today was almost three hours, so I am feeling it.”

Murray initially looked to be struggling with a left hip injury as he required treatment midway during the deciding set, but later revealed that he had an abdominal problem.

Berrettini paid tribute to his opponent, saying: “Congrats to Andy for the great tournament. This is not the way we wanted to finish the match.

“Of course he’s hurt, you can see it. I’m sorry for him. But he showed us so many times how to come back. I think I even learned a little bit for him, what he achieved in his career. For me it’s an honour to play against him in this kind of court.”