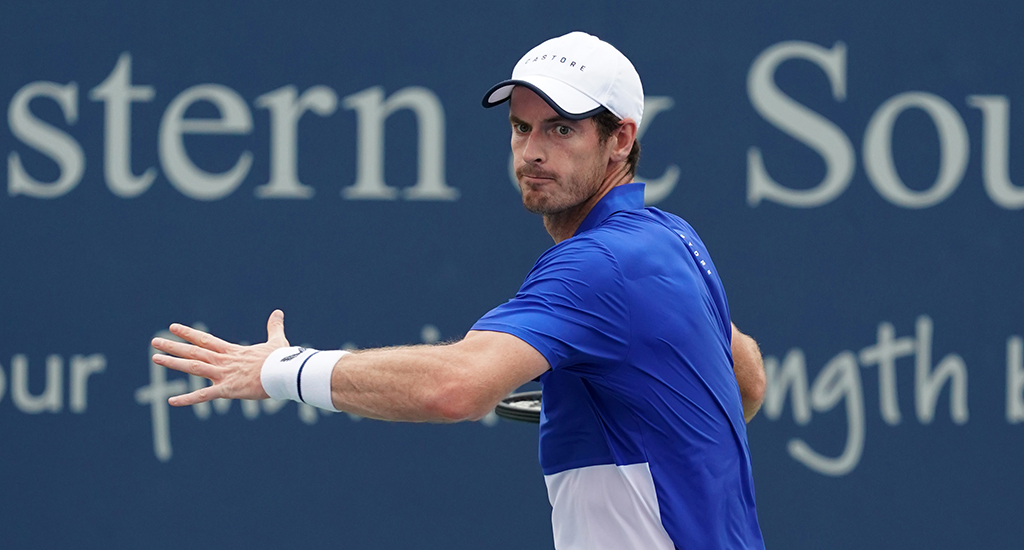 Andy Murray has no plans to change his returning style despite players like Rafael Nadal and Dominic Thiem introducing a more aggressive strategy to tennis.

Murray will play Thiem in the quarter-finals of the China Open on Friday as he continues to rebuild his fitness after injury.

Thiem is expected to give Murray a close-up look at the relatively new tactic, but Murray says he is ready for it – in theory at least.

“Maybe it’s a flaw of mine, but I always return second serves inside the baseline,” Murray said.

“I think it’s been a strong part of my game. Maybe it’s good to have the option to go back and have that variety, but it’s not something that I’ve practiced or really tried.

“Lots of guys are doing it now. Strategically it’s a different way of playing the point.

Murray has long been renowned as a brilliant returner of serve, although the game has changed slightly since he was forced out of it by a hip injury.

Does he, though, plan on changing to fit the new trend set by the more aggressive players on tour?

“I find I have quite a short, compact swing on the returns, so I can stand inside the baseline, and I don’t take big swings,” Murray explained.

“The guys you mentioned, like Thiem, Rafa, what they do is, although it doesn’t appear they’re being aggressive on the return, they step back, hit the ball very high.

“The positive thing about being inside the baseline is if you hit a good return, you take time away.

“If you hit a bad one, you’re in a terrible position. You need to make sure you hit that return well.

“If you stand back, there’s a little bit less pressure. You need to hit a good return.

“As a server, I think I prefer if guys stood back. It’s a little bit less pressure when someone’s standing back.

“It does allow them a little bit more time to use their kind of big swings, then they try to be aggressive on their second shot.”