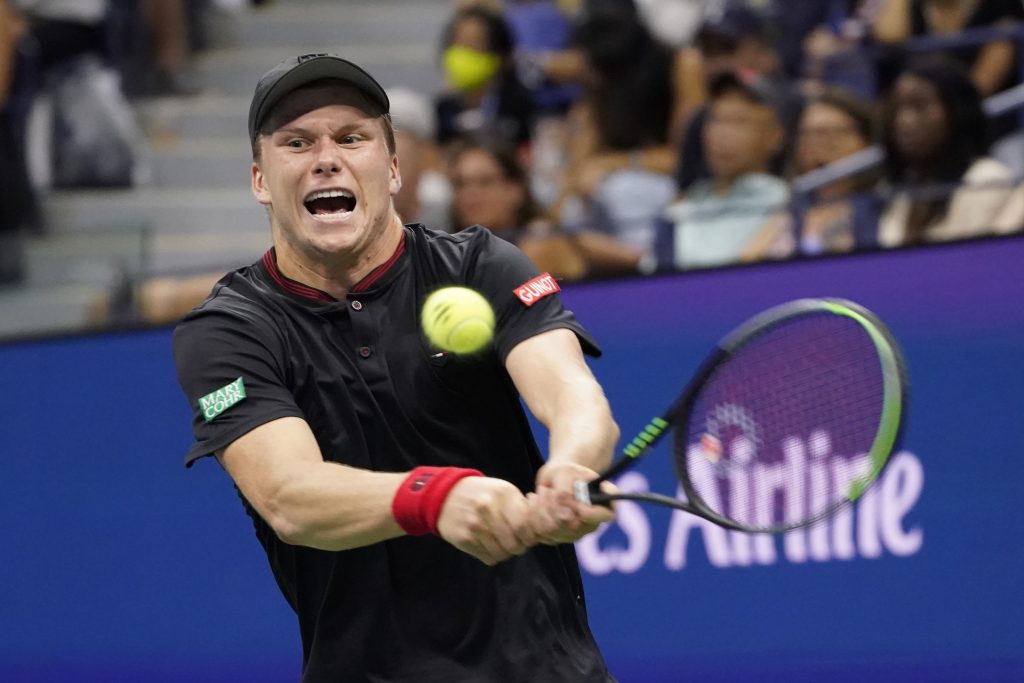 Novak Djokovic was thrown out of the 2020 US Open for accidentally hitting a line judge, but that protocol was not followed as Jenson Brooksby hit a linesperson with his racket in an angry outburst at the Miami Open.

With Brooksby 4-1 up in the third set and in control of his match against Federico Coria, he tossed his racket in anger and appeared to hit the ball person.

That should have resulted in a disqualification, but the officials opted only to give Brooksby a point penalty for his loss of control.

Umpire Carlos Bernardes opted to issue a relatively modest penalty and Brooksby went on to win the match against Coria, who asked the umpire why his opponent was not given a more significant penalty for the incident.

The decision sparked a heated debate on Twitter, with Djokovic’s always vocal fans justifiably quick to suggest their hero would not have got away with an incident of that nature after he was thrown out of the US Open two years ago for hitting a linesperson.

Former US Davis Cup captain Patrick McEnroe also questioned how Brooksby had escaped disqualification, as he suggested players cannot be allowed to get away with incidents like this as he tweeted:

“Seriously what is it going to take …drawing blood …to properly punish a tennis player. This is absolutely absurd,” he tweeted.