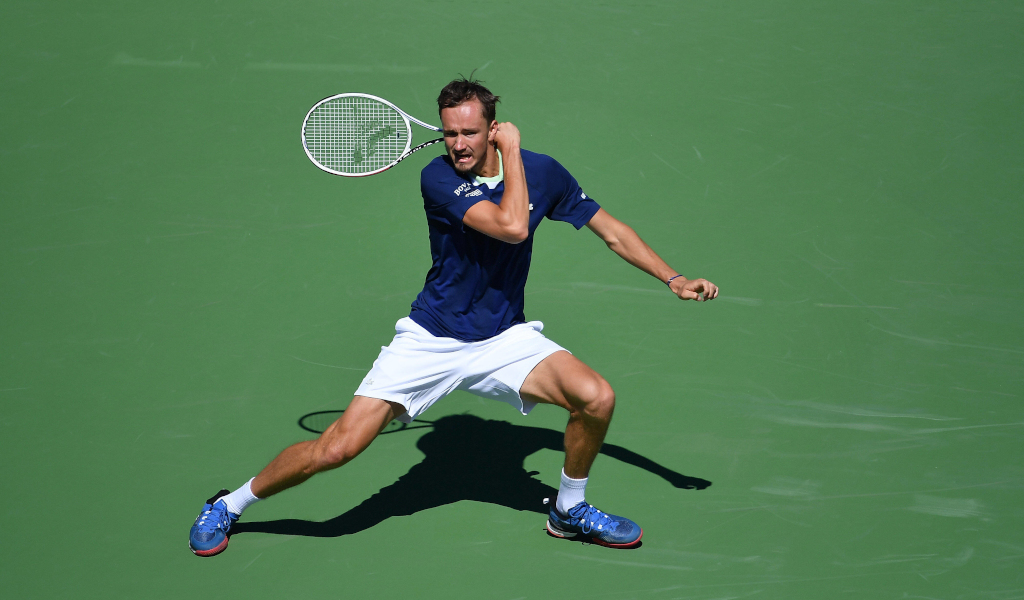 Daniil Medvedev kept his hopes of regaining the World No 1 Ranking alive with his second match win at the Miami Open.

Medvedev breezed past Spain’s Pedro Martinez 6-3, 6-4 to reach the fourth round at Hard Rock Stadium.

The Russian, competing under no flag, will snatch back the top spot in the ATP Rankings that he lost two weeks ago if he can string together a semi-final run in Miami.

After finding her serve in the previous round against Andy Murray, Medvedev once again used it as the basis for his clinical game.

Medvedvev dropped just four points on serve in the opening set, which he clinched with a break in the eighth game despite some spirited resistance from the Spaniard.

An early break in the second suggested Medvedev was ready to run away with proceedings, but Martinez dug deep and would square matters at 2-2.

By combining aggression with some stoic defence, Martinez ensured that the 2021 US Open champion was broken for the first time in the tournament.

Medvedev remained focused despite that setback though and powered his way to another break for 4-3 before reeling off eight points in a row on serve to extend his head to head lead over Martinez to 2-0.

According to the official ATP Stats, Medvedev won 79 per cent (31/39) points behind his first serve in the match and also fired 14 aces in his 84-minute victory.

His fourth-round opponent will be American Jenson Brooksby who completed a stunning comeback against 15th seed Roberto Bautista Agut.

Jenson Brooksby comes back from 0-4 down in the final set to defeat Bautista Agut 6-3 5-7 6-4 in Miami!#MiamiOpen pic.twitter.com/4mVjcCCIvr

Brooksby had taken the first set but looked to be staring defeat in the face after dropping the second and slipping to 0-4 down in the third.

However, Brooksby won six games on the bounce to book his date with Medvedev.

Brooksby is a dangerous opponent who beat Stefanos Tsitsipas and Medvedev’s compatriot Karen Khachanov at Indians Wells to improve his record against top ten players to 5-6.