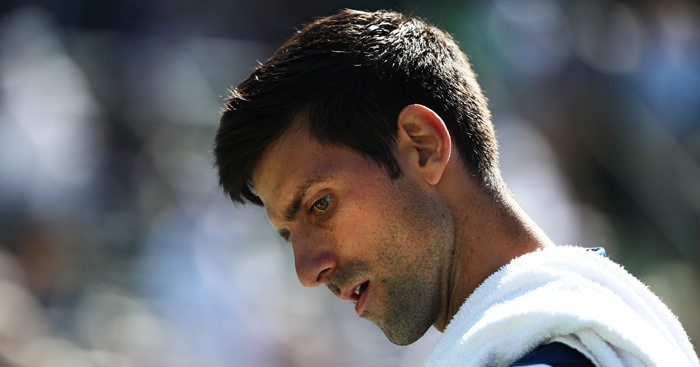 Novak Djokovic’s troubled return from injury continued as he lost 6-3 6-4 to Benoit Paire in the Miami Open second round.

The Frenchman served nine aces and broke Djokovic’s serve four times to brush aside the former world number one in 67 minutes, denying the Serb a chance of his seventh title in the tournament.

The defeat means Djokovic has now lost three matches in a row for the first time since 2007.

Juan Martin del Potro, on the back of his win at Indian Wells, had no real troubles in extended his winning streak with a 6-4 5-7 6-2 victory over Robin Haase.

His Dutch opponent forced a decider after winning the second set 7-5, but the world number six held his nerve with a much-improved service game to triumph after two hours, 10 minutes on court.

Second seed Marin Cilic also advanced to the next round after a 7-5 6-3 win over Pierre-Hugues Herbet, while number two seed Grigor Dimitrov rallied from a set down to beat Maximilian Marterer 4-6 6-2 6-1.