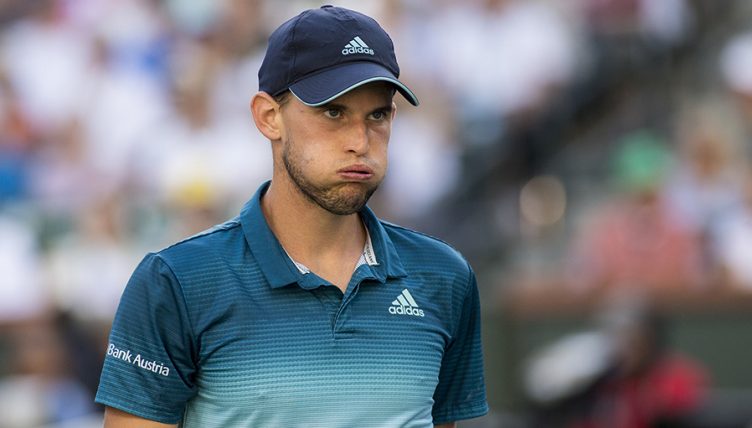 Indian Wells champion Dominic Thiem came crashing back down to earth after becoming an early casualty at the Miami Open.

Thiem rose to a career-high ranking of fourth in the world after defeating Roger Federer last week to claim his first ever Masters-level title.

However, fatigue appeared to play a factor as he was broken four times by Hubert Hurkacz in a 6-4, 6-4 loss.

Thiem was not the only big-name casualty though, as world number six Kei Nishikori also suffered disappointment.

Nishikori started well against Dusan Lajovic, winning the first set at a canter, but crumbled afterwards before sinking to a 2-6, 6-2, 6-3 loss.

“He definitely raised his level (in the) second and third sets,” explained Nishikori.

“He wasn’t missing much like in the first set. He served well in the end.

“Maybe I didn’t play quite my best today. Credit to him today.

“I’ll try to have good practice, two more weeks, and be ready for Monte Carlo.”

Elsewhere, there were wins for Kyle Edmund, Nick Kyrgios, and Borna Coric, while Milos Roanic received a walkover.