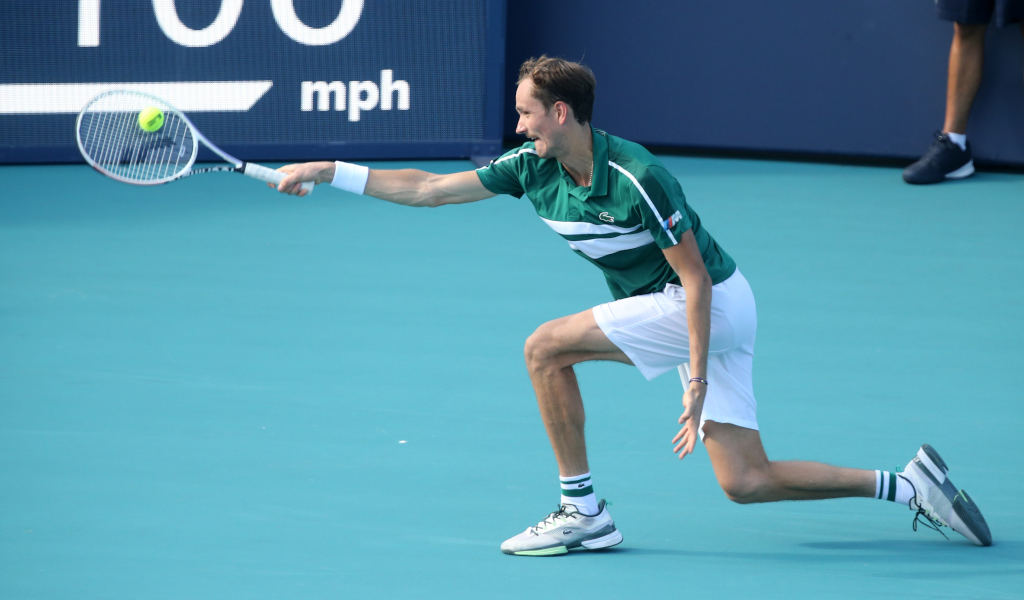 World No 2 Daniil Medvedev could face Andy Murray in the second round of the Miami Open.

Medvedev enjoys a bye into the second round while Murray opens his campaign against a tough opponent in World No 36, Federicio Delbonis.

Murray enters the Miami Open for the first time since 2016 having won the tournament twice.

Medvedev meanwhile, will aim to respond from his disappointing third-round exit at Indian Wells when he takes to court in Miami and seeks to regain the World No 1 ranking by reaching the last four.

Defending champion Hubert Hurkacz will face either Arthur Rinderknech or Laslo Djere in the second round as he seeks ot recapture his 2021 form.

Hurkacz broke new ground in Miami last season when he enjoyed an incredible run to the title as the World No 37.

The Pole saw off Stefanos Tsitsipas and Andrey Rublev en route to the final, last season where he overcame Italian Jannik Sinner.

Tsitsipas will make his fourth appearance in Miami as he bids to win his second Masters 1000 title.

The top Greek opens his campaign in the second round where he will face either World No 69 Daniel Altmaier or a qualifier.

Spanish rising star Carlos Alcaraz has been afforded a 14th seeding and will start his tournament in round two against either American Marcos Giron or Hungary’s Marton Fucsovics.

Nick Kyrgios has also been handed a wildcard entry for the Miami Open and will kick off his campaign against world No 61 Adrian Mannarino of France.

Draper could meet Norrie in the second round if he can get past French journeyman Gilles Simon.

Murray, Hurkacz and John Isner are the three previous champions in the field.

Isner also takes a bye into the second round and will take on the winner of the clash between wildcard and compatriot Emilio Nava and Frenchman Hugo Gaston.

The Miami Open will be the second ATP Masters 1000 event of the season following the BNP Paribas Open in Indian Wells.