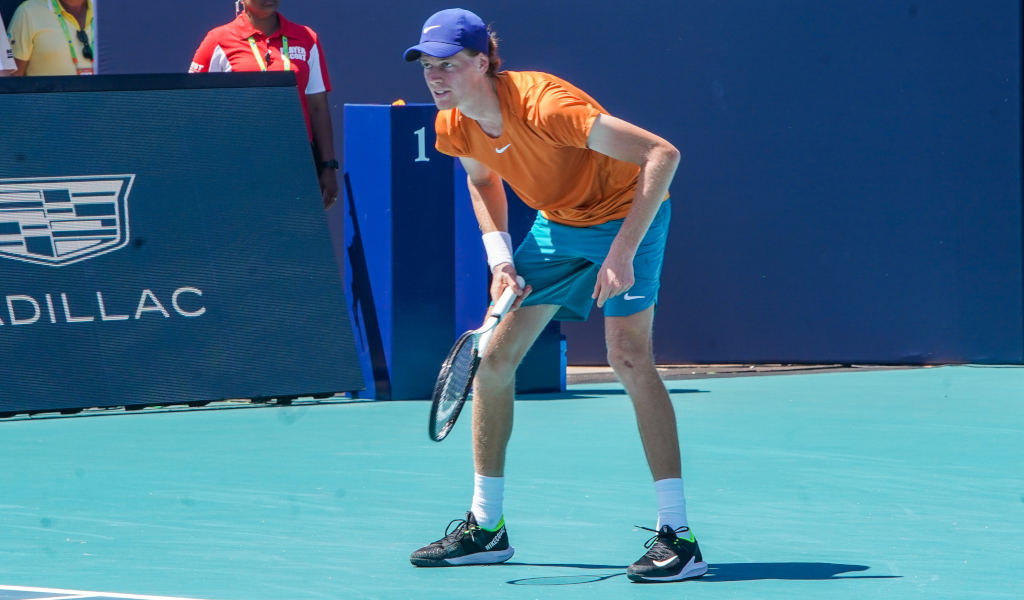 Italian Jannik Sinner was forced to retire from his Miami Open quarterfinal against Francisco Cerundolo due to foot blisters.

The Argentine was leading 4-1 in the first set when Sinner called the match after just 23 minutes when painful blisters grew too much for him.

“He’s a great person and a great friend” 🙏

Classy response from @FranCerundolo after Jannik Sinner was forced to retire from their #MiamiOpen quarter-final pic.twitter.com/IDQPV8QvLd

Making his ATP 1000 debut, the Argentine had no idea what Sinner was experiencing but wished him well after the match.

“I didn’t know anything,” Cerundolo said in his on-court interview. “When I was serving at 3-1, 30/0, I saw him bending down. It was really strange. I didn’t see anything wrong and I hope he is ok, he is a great player. It means a lot [to advance]. It is everything I have dreamed of.”

Cerundolo will face either second-seeded German Alexander Zverev or Norway’s Casper Ruud in the semi-finals in Florida.

Sinner had triumphed over Emil Ruusuvuori, Pablo Carreno Busta and Nick Kyrgios to reach his third tour-level quarterfinal of the year, before he became another player to retire in what has been an attritional fortnight in Miami.

The 20-year-old had also advanced to the last eight at the Australian Open and the Dubai Duty Free Tennis Championships.

Miami Open fans were shortchanged somewhat on Wednesday afternoon with only 41 minutes of tennis played across two quarterfinals, one on the men’s draw and the other in the WTA section.

Spain’s Paula Badosa retired from her match with American Jessica Pegula, suffering from a viral infection.

Sinner has not entered the US Men’s Clay Court Championship in Houston, which follows the Miami Open and kicks off the clay season.

It appears likely that Sinner will be fit to return to action at the Monte Carlo Masters, the third ATP 1000 event of the 2022 season.