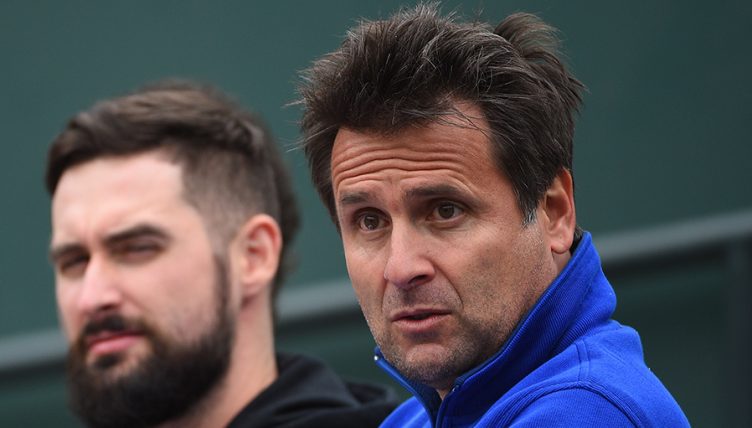 Milos Raonic has credited new coach Fabrice Santoro with his recent upturn in form after blasted his way into another Indian Wells semi-final.

The Canadian has struggled with injury and has previously worked with the likes of Goran Ivanisevic, Ivan Ljubicic, Carlos Moya and John McEnroe.

However, it is Santoro, a player about which former world number one Marat Safin once said he ‘would rather have a root canal than play’ that seems to have added a fresh layer to Raonic’s game.

“You know, he can’t blow you off the court, but he can make you feel pretty bad out there with the different rotations of spin.”

“I think the most important thing where we really struck a note was that we are both very meticulous about how we go about things.

“We spent a lot of time throughout this week, together and apart, watching matches over and every again, my matches, other matches, the guys I’m playing.

“[It’s] something I have always been very keen on, and he approaches it the same way.’

“I think that kind of attention to detail can only be a good thing.”