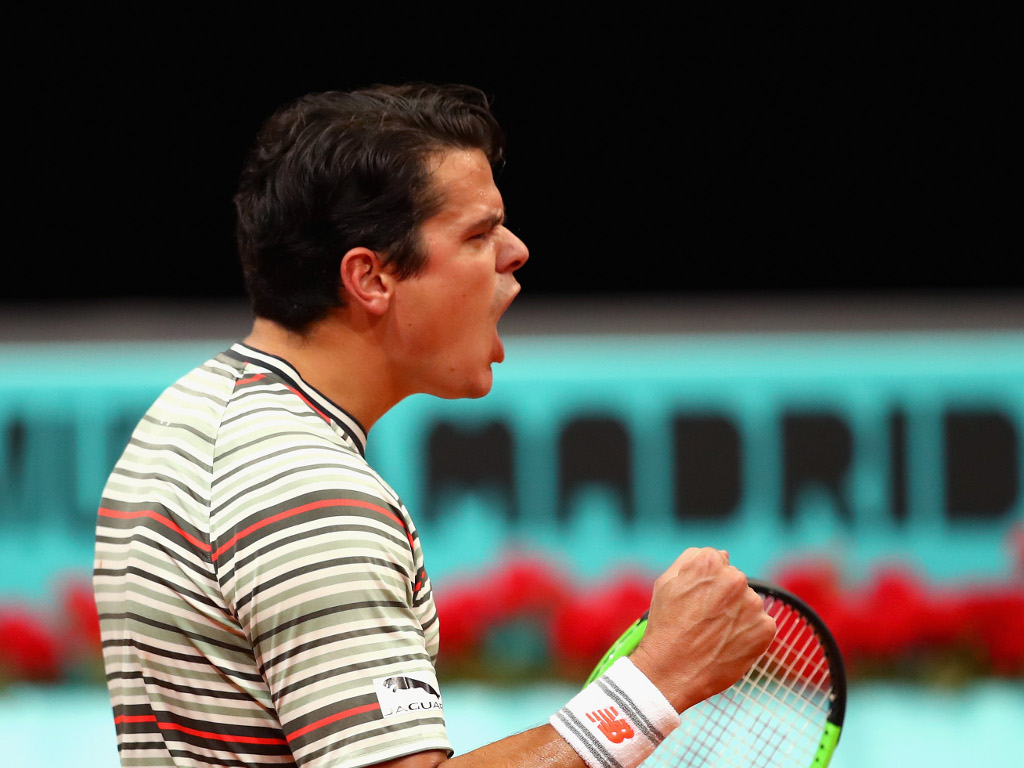 Milos Raonic claimed the scalp of Grigor Dimitrov at the Madrid Open, but Juan Martin del Potro and Kyle Edmund are safely through.

Former Wimbledon runner-up Raonic came into the match with only one win over Dimitrov, but he held firm to claim a 7-5, 3-6, 6-3 victory in just over two hours.

The Canadian claimed one break of serve in the first and third sets to earn himself a third-round encounter against compatriot Denis Shapovalov, who beat France’s Benoit Paire 7-6 (7-5), 4-6, 6-4.

The former US Open winner, who will face Dusan Lajovic next, broke twice in each set but Dzumhur did manage a break of his own in the opening set.

“On clay he’s a very powerful player, he plays a very intelligent game,” Del Potro said of the Serb Lajovic. “It’s going to be a tough match, like all of the matches on clay for me. I will just try to play a little bit better than today.”

Edmund, meanwhile, earned himself an encounter against Novak Djokovic as he breezed past Russia’s Daniil Medvedev, winning 6-4, 6-0.

“I don’t care, I’m just going to go out there and play my game, I can’t be worrying about him,” Edmund said of Djokovic.

“There’s hundreds, so many players to be worrying about (whether) they’ve turned a corner. I think the person who’s playing the best on clay at the minute is Rafa (Nadal).”

Twelve seed Jack Sock was another early casualty as the American lost 6-7 (5-7), 6-4, 6-0 against Pablo Cuevas while 16th seed Fabio Fognini went down 6-3, 6-4 against Leandro Mayer from Argentina.