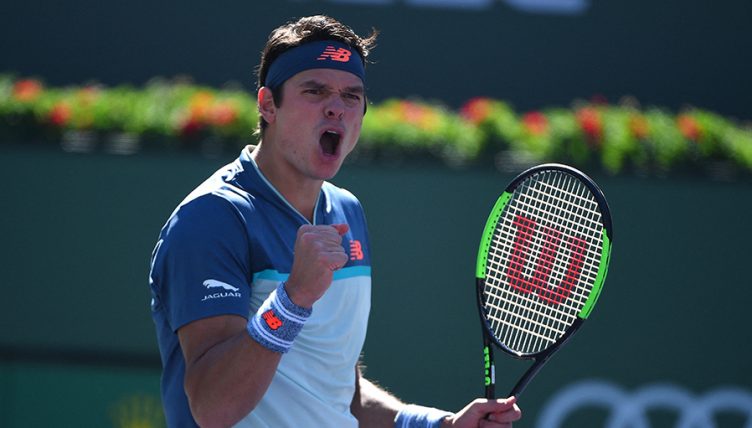 Milos Roanic will contest an Indian wells semi-final for the fourth time in his career after ending the run of lucky loser Miomir Kecmanovic.

The big-serving Canadian was in control of the match from the off, serving 13 aces and producing 35 winners before sealing a 6-3, 6-4 win.

He has reached the final just once before, three years ago, when he lost to Novak Djokovic.

In a few key moments my serve really helped me out,” said Raonic. “I just tried to play consistent, be aggressive when I had the first chance.”

Raonic will face Dominc Thiem in the last four after the Austrian was handed a walkover by Gael Monfils.

Thiem and Monfils were due to meet in the quarter-finals but the latter was unable to start the match due to an Achilles injury.

“I tried to hit a little bit and I cannot compete 100 per cent so I’m so sorry guys to put myself in this situation,” Monfils said.

“I would like to thank you for everything you gave me this week and again I’m sorry.”

Thiem has lost his previous two meetings with Raonic, both in 2016, and both in straight sets.