‘You want to keep the momentum,’ says Daniil Medvedev after winning dead rubber against Jannik Sinner 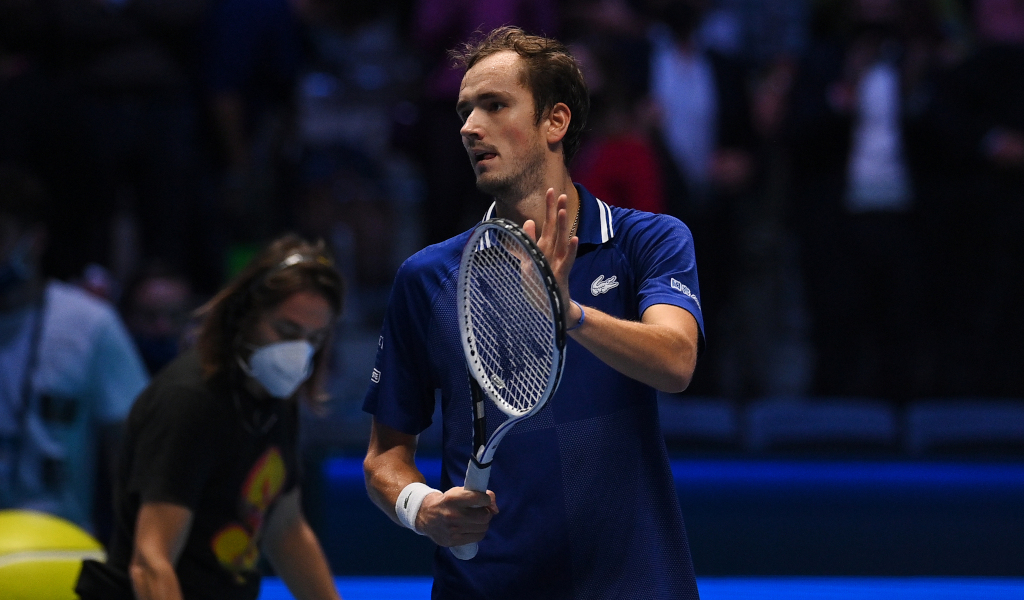 It was always going to be mentally difficult to get through a dead rubber, but Daniil Medvedev held firm against Jannik Sinner in their final group match at the ATP Finals.

Having won his opening two matches in the Red Group, Medvedev was already assured of his place in the semi-final and he started brilliantly before Sinner pegged him back. However, the second seed pulled off the 6–0, 6–7 (5–7), 7–6 (10–8) victory in two hours and 30 minutes.

Drama everywhere at the end of Medvedev vs Sinner 😨#NittoATPFinals pic.twitter.com/4LLWdyQlZD

The Russian blew Sinner away in the 26-minute opener as he broke three times en route to bagelling the 20-year-old. But the Italian hit back and, after sharing breaks, edged the tie-breaker.

Sinner had his nose ahead early in the decider with a break in game five, but Medvedev drew level in game eight before taking the tie-breaker.

“It was tough,” Medvedev said on court. “Mentally it was tough knowing the match was dead. But I did not want to lose my rhythm. I won the first set quite easily and I was like, lets continue this way. The second set was about an hour or so and then it is the third set. But you’re not going to not play the third set because I like to win, I don’t like to lose. I am happy I won.”

The US Open champion will face either Andrey Rublev or Casper Ruud in the semi-final with the duo set for a winner-takes-all-clash on Friday.

He later added: “You want to win and keep the momentum, but at the same time you don’t want to go three hours 30 minutes and break your body. The first set was tricky because in a way it was good as it was 30 minutes in my favour and I played a pretty good level.

“The second set I was 100 per cent as I wanted to try and finish the match quickly, which didn’t happen as Jannik played a great level. I am just happy to win and I will just try to be ready for Saturday.”