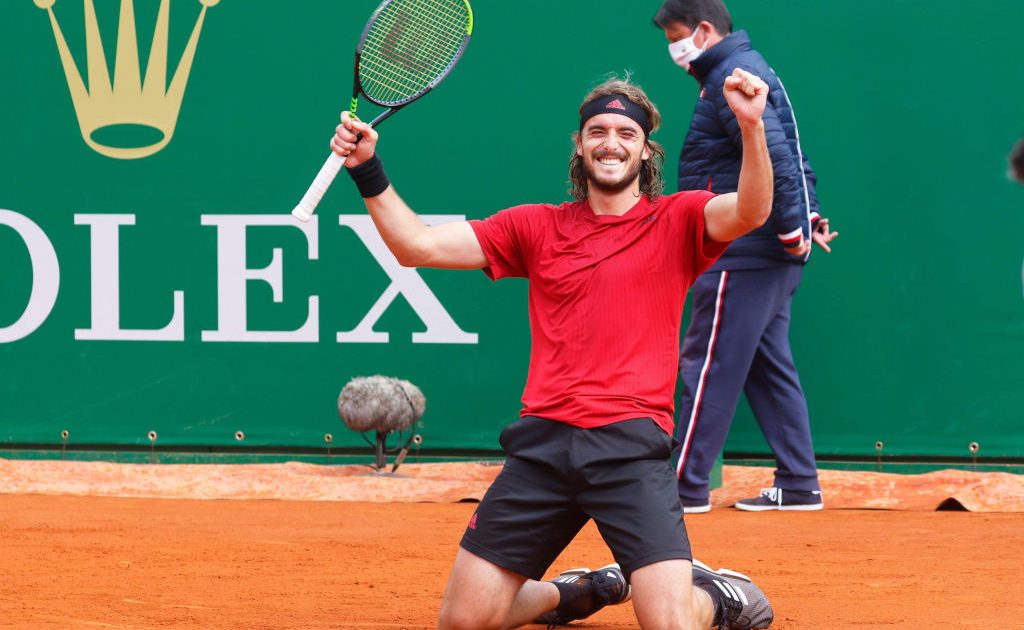 Stefanos Tsitsipas kept his title defence at the Monte Carlo Masters on track with a 7-5, 7-6(1) win over Laslo Djere.

Tsitsipas looked impressive on his return to clay as he seeks to recapture his imperious.

Yet to win a title this season, Tsitsipas doesn’t want to take anything for granted.

The defending champion edges out Djere 7-5 7-6(1) to return to the #RolexMCMasters last 8 ⚡️ pic.twitter.com/NL67SSR8C8

“I knew I had to be alert,” Tsitsipas said in his on-court interview. “He is someone who competes very well on clay. He stays consistent and puts a lot of balls back and I really had to work hard for this win. It was important to get a good dynamic start in the tie-break and stay in rallies and take my chances when they appeared.”

Tsitsipas served well and was patient in his attempts to break down his opponent eventually snatching late opportunities to claim both sets en route to a quarter-final.

The Greek star will continue his bid for another Masters title when he faces 12th seed Diego Schwartzman in his 13th ATP 1000 quarter-final.

After his match, Tsitsipas was as yet unaware who his opponent would be but anticipated a tough match in the last eight.

“Both [Schwartzman and Musetti] can compete well on clay,” Tsitsipas added.

“They both have a good game for clay courts and all I have to do is be ready and show up with good mentality and do my job with passion and dedication.”

Earlier fourth seed Casper Ruud suffered a minor upset to Grigor Dimitrov 6-3, 7-5 to see the Bulgarian reach the quarter-finals in Monte Carlo for the fourth time.

“I was really looking forward to the match,” Dimitrov said in his on-court interview.

“I knew if I did the right things, good things would come out of it.

“Casper is such a great player on whatever surface.

“He has proved it over and over again at such a young age, which is nice to see.

“I liked that matchup and wanted to see where I was physically and mentally. I just played and enjoyed the game.”