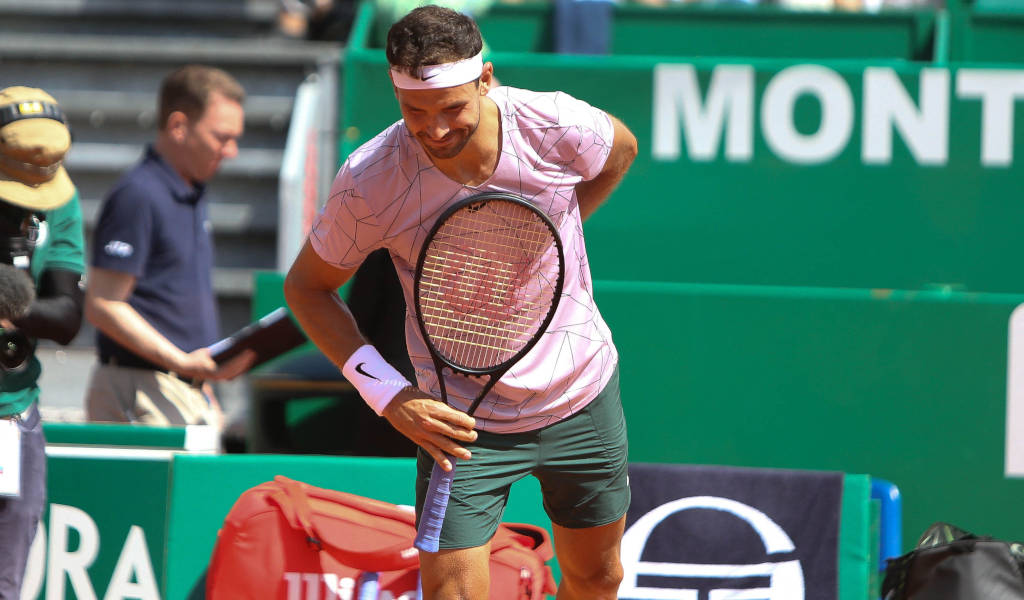 Grigor Dimitrov was the undoing of another seed at the Monte Carlo Masters as he defeated heavy-hitting pole Hubert Hurkacz 6-4, 3-6, 7-6(2).

Their epic meeting came down to a tiebreaker in the deciding set which ultimately saw the Bulgarian reach the semi-finals in Monte Carlo for the second time.

Dimitrov also upset fourth seed, Casper Ruud, in the Round of 16 and has now improved to 20-8 in career matches in Monte Carlo.

Grigor to the FINAL FOUR 🎰@GrigorDimitrov reaches his second #RolexMCMasters semi-final after 2018 as he battles past Hurkacz – who served for the match – in a third set tiebreak! pic.twitter.com/oXvQkaiuUa

The former World No 3 is not thinking about the return to the top 20 that would come if he reached the final in Monte Carlo.

“I am just going one day at a time,” said Dimitrov in his on-court interview. “I’ve put in the work ⁠— that’s all I’ve done. I’m not even thinking of how I’m playing or anything like that, I just want to [do] a lot of work.

“The season on clay is not that long so you just want to keep on building, and that’s all I’m doing right now. Of course, if I would have lost that match it would have been disappointing, but at the same time I wouldn’t be too down on myself because I’ve been doing the right things.”

A dramatic final set saw Dimitrov and Hurkacz trade breaks twice, but it was the former who prevailed.

“In the end I think it was very tough for both of us,” said Dimitrov. “I think physically we were both feeling well but I felt like I was staying on top the whole time and I was putting a lot of pressure [on him]. I think that may have been the difference.