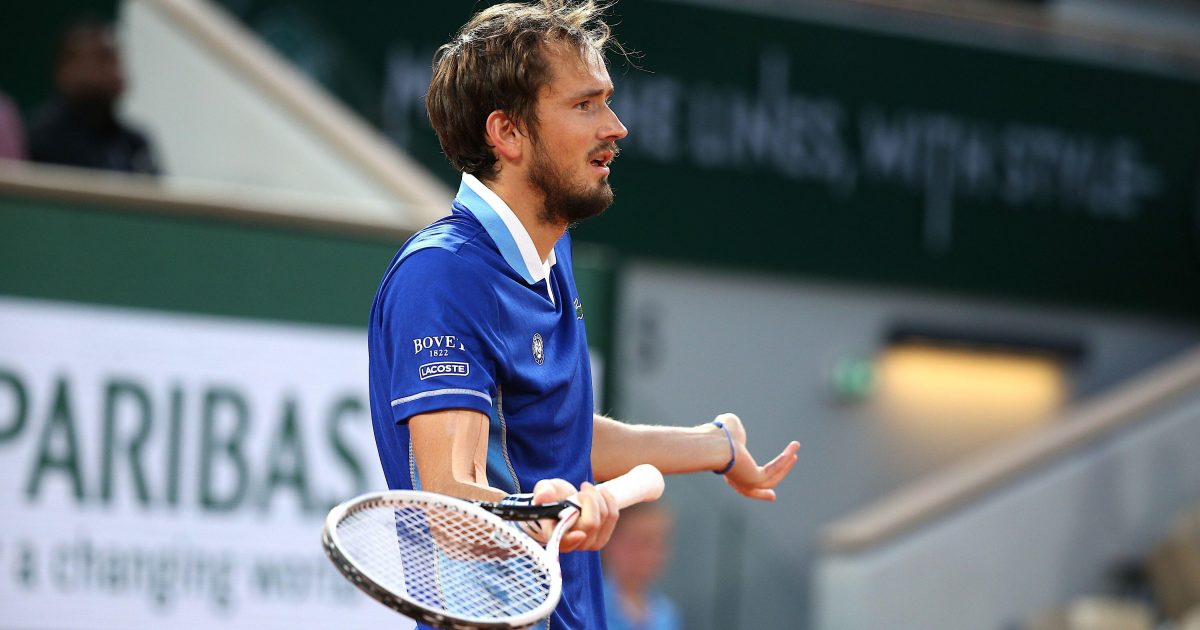 Daniil Medvedev faces a potential nightmare first match at the Montreal Masters as the draw has him bracketed alongside Nick Kyrgios.

Kyrgios will need to come through a first-round match against Argentina’s Sebastian Baez to book a fourth meeting with the Russian.

The Aussie holds a 2-1 lead in the head-to-head series against the World No 1 but Medvedev came out on top in their most recent meeting at the Australian Open.

It seemingly isn’t set to get any easier for whoever goes forward from that match with Denis Shapovalov facing Alex de Minaur to determine the second-round opponent for the winner of a match between Canadian wildcard Alexis Galarneau and 15th seed Grigor Dimitrov in the other second-round match in the top section.

The seeded opponent for Medvedev, Kyrgios or whoever progresses to the last eight would be Hubert Hurkacz, but the Pole will have to navigate a tricky eighth of the draw that features the likes of Diego Schwartzman, David Goffin, and Alejandro Davidovich Fokina.

Norrie defeated Auger-Aliassime in Los Cabos this week and could be set for a rematch with the Canadian in the Round of 16.

Stefanos Tsitsipas and Jannik Sinner are in line for a sixth ATP Tour meeting, should the seeds hold in Montreal’s third quarter.

Tsitsipas was in Montreal for the draw ceremony.

“I see my chances [as] pretty good this year,” Tsitsipas said.

“I’m going to have to stick to what I do best. I work hard on the court. I’m hoping for good success in Montreal because I like this place. It has a very very good culture. The people here they have a very good sports culture, which I like a lot.”

Carlos Alcaraz occupies the draw’s bottom line as the second seed and will be chasing his third Masters title of the season in Montreal.

He could meet fifth seed Andrey Rublev for the first time in the quarter-finals but isn’t looking beyond his first encounter which will be against either Tommy Paul or Vasek Pospisil.

“At the moment everything is going well.

“I saw the draw, but just the first round,” said Alcaraz. “Every opponent is tough, so it’s going to be a really tough first round. I’m going to enjoy the first time here. Every time that I come to a city or a tournament [for the first time], I enjoy it a lot. It’s something new for me.”

Alcaraz will need to adjust to the speed of the hard courts having made his last two tour appearances on clay.

“I came here and the first feeling that I had was ‘too fast for me,'” he said with a smile.