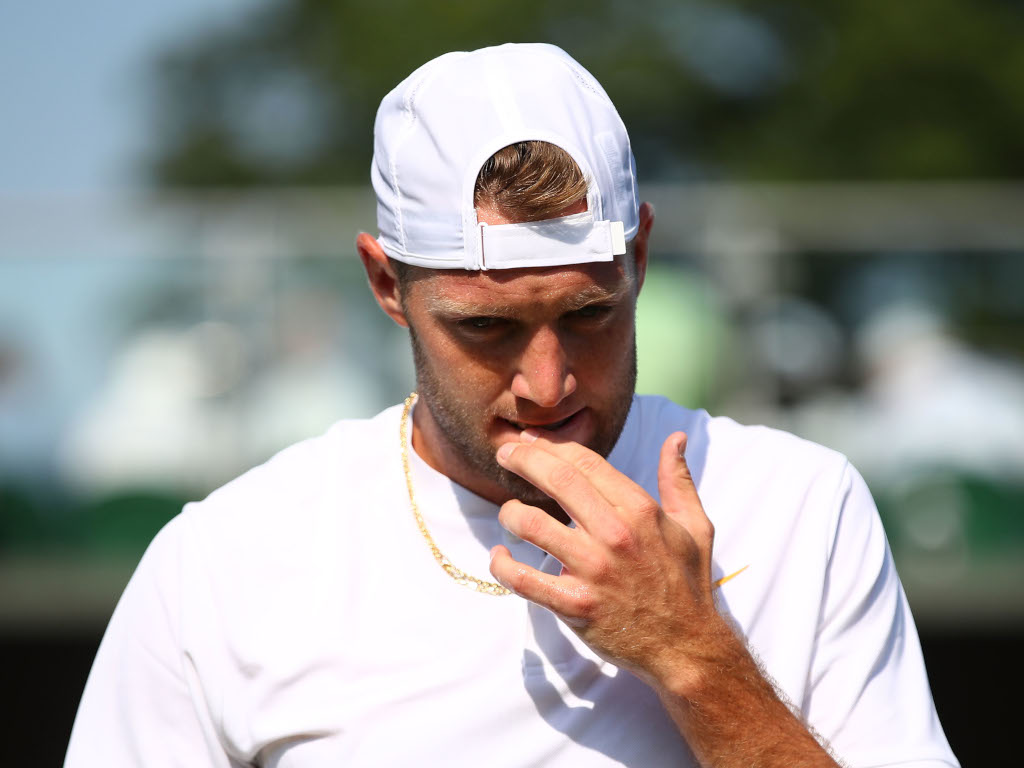 American Jock Sock was slapped with a fine after calling his opponent’s coach a “piece of s***”.

As the two players shook hands at the net after the match, Sock was heard telling the Italian “Your coach is a piece of s***, by the way.”

At the net after losing, Sock congratulated Berrettini with:

“Your coach is a piece of shit, by the way.”#Wimbledon pic.twitter.com/jcFdfoAo98

Sock was back at Wimbledon Thursday, as he competed in the doubles, teaming up with fellow American Mike Bryan to beat Italian pair Andreas Seppi and Daniele Bracciali.

After the win, he was asked about the incident and he said he felt Berrettini’s coach was “talking down” to him.

“His [Berrettini’s] coach, the things he was saying to me… I’m not gonna repeat them – I’ll probably get fined.

“I know the kind of person I am, and my team reiterates this to me every day. They call me the nicest, friendliest, most caring and outgoing guy.”