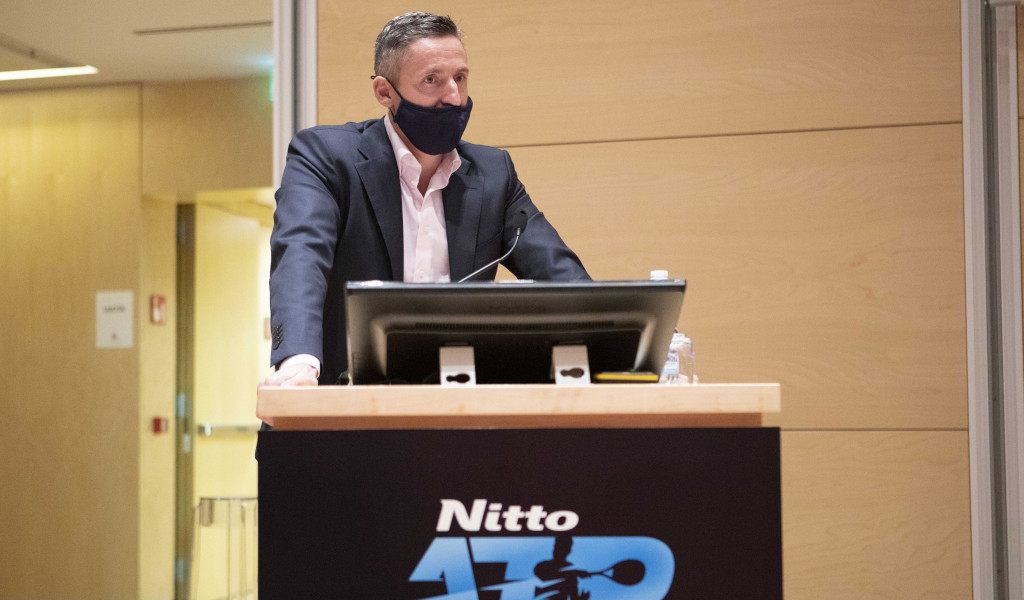 The Tennis Napoli Cup has been postponed with the courts at the Tennis Club Napoli 1905 unfit for ATP Tour action calling into question the process of awarding an event upgrade to the venue and the leadership of the men’s tour’s president Andrea Gaudenzi.

Courts are now being shipped to Naples from Florence, which successfully hosted its first ATP Tour event in 28 years.

The events in Florence and Naples were added to the elite tour after the cancellation of ATP events in China.

It should be noted that Florence’s Firenze Open was universally praised by players who entered, with no issues with organisation or playing conditions at all.

Clearly, Florence was ready to host an event but that only serves to throw the efforts of Tennis Club Napoli 1905 and the Italian Tennis Federation into sharp relief.

The question is how the club was chosen to host even an ATP 250 event amidst a sea of other options in the same region or even elsewhere in the world.

In June, Gaudenzi promised ‘accountability from a standards point of view’ from the ATP Tour.

He said: “Indian Wells is the only tournament that has had category protection for 50 years in 2003. And it was also the tournament that invested the most; it would be difficult to ask a tournament to invest millions if it could still be downgraded the following year. Hence a theme of accountability from standards point of view.

There wasn’t much in the way of accountability the Tennis Club Napoli 1905, who passed the buck for the state of the surface on to the company contracted to build their courts.

“Due to problems related to the material used to build the courts by a company, world leader of the industry and therefore independent from the organisation, it has become necessary to postpone the tournament qualification matches scheduled for today and tomorrow, Saturday and Sunday, to allow the necessary interventions,” the Tennis Club Napoli 1905 said.

Photos of the courts that circulated on social media made it clear that the surfaces weren’t fit for any sort of competition let alone an ATP Tour event.

While there have been no revelations of corruption when it comes to the awarding of these events at this time, the optics of the situation are not a good look for Gaudenzi.

During his tenure as chief Italian tennis certainly hasn’t suffered but this Napoli shambles could bring greater scrutiny to Gaudenzi’s actions and influence over the game and whether he is acting in the best interests of the sport.