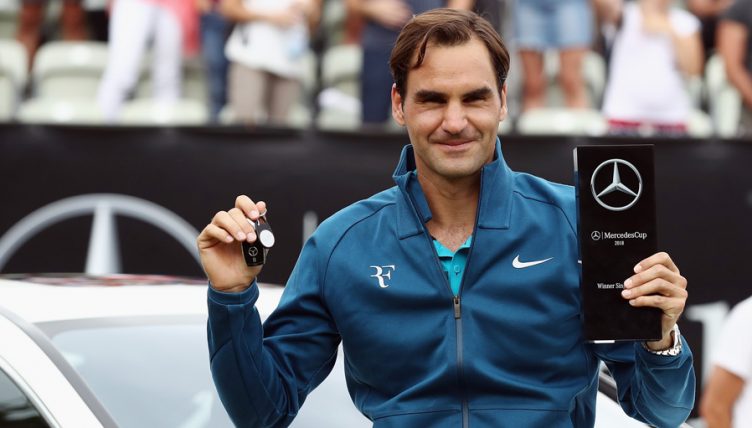 Roger Federer marked his return to the top of the world rankings by beating Milos Raonic in the final of the Mercedes Cup.

The 36-year-old reclaimed top spot in the rankings from Rafael Nadalwhen he won his Stuttgart semi-final, but he completed the job with a 6-4 7-6 win.

Did you 👀 @rogerfederer clinch his first @MercedesCup 🏆?

We’ve got you covered ⬇️ pic.twitter.com/mv41iOBsI8

The title is Federer’s third title of the year, his 18th on grass, and 98th overall.

Reflecting on the week, Federer said: “I played great in the big moments.

“At the end, I played some of my best tennis. It’s a great feeling.

“I am very happy about the way I played this week.

“I never felt bad on the court, which is a very encouraging feeling to have.
“Not dropping my serve, being there in the important moments.

“It’s been difficult the last [couple] years [in Stuttgart], lost a [couple] tight matches. But not this year. They went my way, so I’m very happy.”