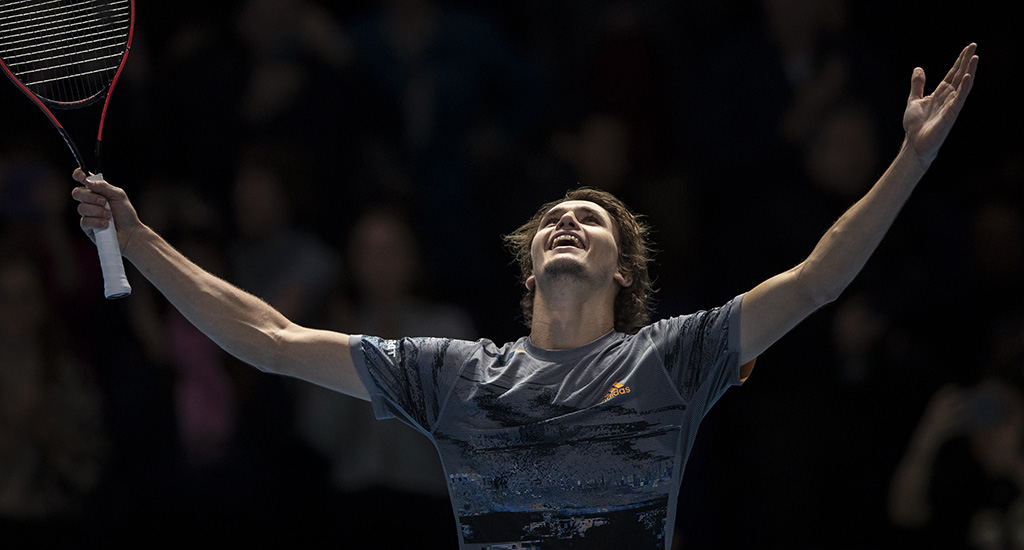 Next year will be the year that the stranglehold that Novak Djokovic, Roger Federer, and Rafael Nadal currently have on the Grand Slams will be broken, according to Alexander Zverev.

Currently, only Stan Wawrinka, Andy Murray, Marin Cilic and Juan Martin del Potro are active players other than the ‘big three’ to have won a major title.

Of them, Wawrinka and Murray are fighting their way back to the top from major injuries, Del Potro is currently injured, and Marin Cilic has slid to number 39 in the world.

All are also over 30-years-old, while Federer, Nadal, and Djokovic have exclusively shred the Grand Slam titles between them for the last three years.

However, after the Next Gen put in an authoritative show at the ATP Finals, they are feeling confident that things are about to change.

“I think next year will bring a new Grand Slam champion,” said Zverev after his ATP semi-final defeat to Dominic Thiem.

“We’ll see who that will be because I think the young guys are playing incredible tennis.

“I’m in the mix, as well, I hope. We’ll see what next year brings. But I think for the young guys, it’s going to be an exciting year.”

RELATED: ‘He is in his absolute prime’ – Roger Federer names the player ready to muscle in on big three

Thiem, who has had an exceptional season himself and has already reached two Grand Slam finals, agrees, adding: “I still think so, that we see a new Grand Slam champion next year.

“I mean, it’s not 100% sure, of course, because the Big 3 are going to be still the favourites, but I think that in one or two events, younger players will make a breakthrough.”