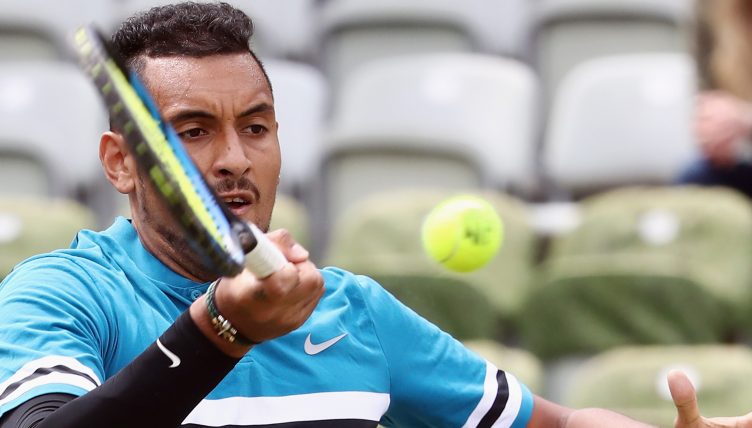 The Australian, who missed the French Open with an elbow injury, produced 20 aces to pull himself through after an indifferent performance in Stuttgart.

“Obviously I played terrible today. I served okay, that’s probably the only thing that kept me in the match.” Said Kyrgios.

“I felt positive, it was my first singles match in two months. Physically, I don’t feel great, (it was) my first match back, that was to be expected. Hopefully I feel better tomorrow, today it was pretty average.”

“The tournament is great and obviously I pleased to win my first match back. I’m taking the confidence out of it, it’s a lot to improve on, there’s a lot I can do better.”

Kyrgios will be joined in the last eight by Milos Raonic, who made short work of Marton Fucsovics.

The former Wimbledon finalist also skipped the French Open with injury, but eased to a 6-2 6-4 win in under an hour.

“I enjoy playing on grass, it’s my first time here at this tournament and so far it’s been a great experience.”