Nick Kyrgios bites back at Pat Rafter, accusing him of trying to use him to ‘stay relevant’ 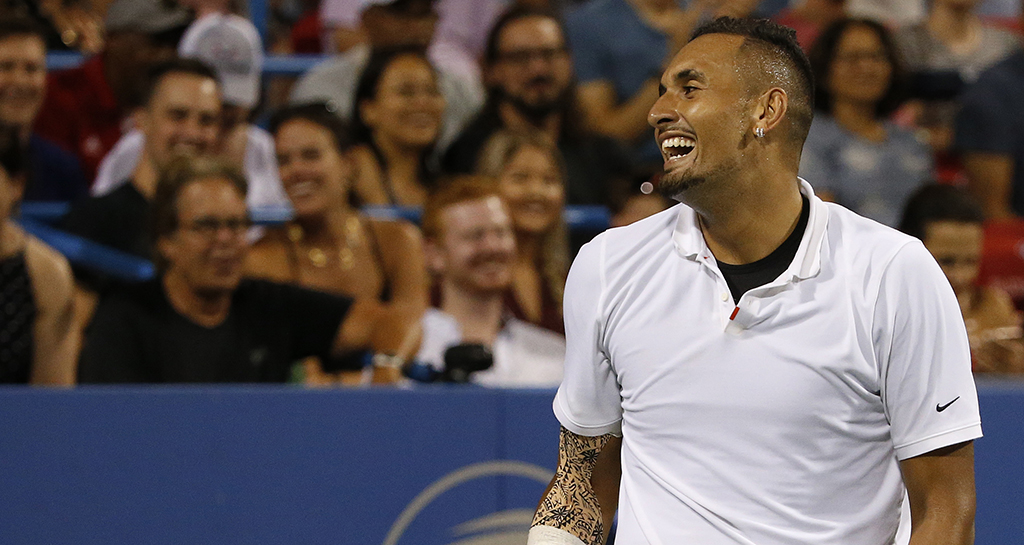 Nick Kyrgios has taken to twitter to respond to Pat Rafter after the former world number one called for his countryman to be suspended by the ATP.

Kyrgios wracked up record fines for his on-court antics in Cincinnati, which included smashing rackets and abusing umpires.

A decision it reportedly yet to be made on whether a suspension will follow, but Rafter has already had his say.

“I don’t understand why it hasn’t happened,” he said during the launch of the ATP Cup in Syndey earlier this week.

“There is obviously something else going on behind the scenes. I don’t know.

“On paper it looks like he should be suspended, to me.

“But at what stage do you say the crowd is more important? Or are you trying to uphold a certain standard or protocol for players to adhere to.

Kyrgios, though, has predictably bitten back, defending he controbution he makes to the Tour as well as questioning Rafter’s patriotism.

He tweeted: “Everywhere I play the stadiums are sold out, and the event makes money with me around?

“Not surprised Rafter has commented on this topic, guy loves hanging fellow aussies out to dry. Enjoy staying relevant champ.”