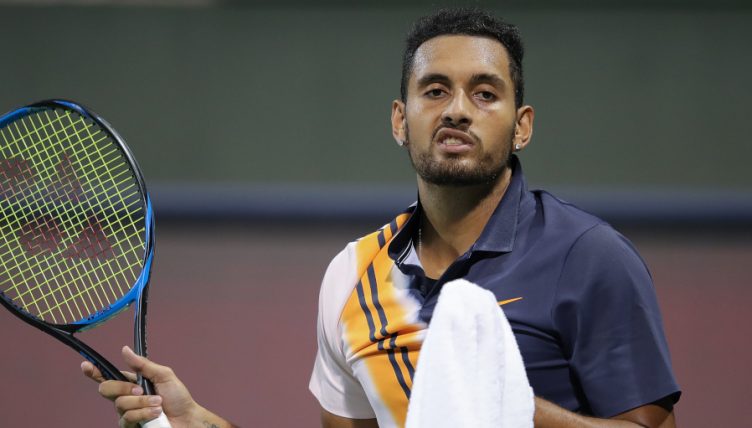 Controversy once again found Nick Kyrgios as he was involved in an ugly altercation with a spectator at the Delray Beach Open.

The Australian verbally clashed with the fan at the end of the first set against Radu Albot as his tournament came to an end at the quarter-final stage.

Kyrgios lost the first set and the supporter queried how hard he was actually trying, which did not sit well with the 23-year-old.

“No one told you to be here,” Kyrgios is quoted by reported John Horn as saying to the fan, complete with expletives. “Why don’t you do something else?”

Kyrgios’ and fan got into it before end of 1st set at Delray Beach Open. Fan yelling at him questioning his effort…Kyrgios’ yells back with an expletive and…”No one told you to be here…why don’t you do something else” #ATP #DBOpen

“They come at me saying we paid good money to come [see] me,” he later expanded after the match.

“I didn’t ask you to come spend money and come watch me play.

“You know what you are going to get.

“I didn’t come to your house and threaten you to come watch me play.

“I’m used to it man. When I win everything is fine, when I lose I get booed, simply as that.

“I just don’t get people. Yeah I swore, I’m pretty sure we all swear.”

A linesperson also later incurred Kyrgios’ wrath for reporting the swearing after the outburst cost him a code violation.

“We’ve got a guy who thinks he’s pretty important so he goes and rats on a player who’s trying to do his best out there, rats to the umpire that I was swearing,” he added.