‘I could not care less’: Defiant Nick Kyrgios dumped out of world top 50 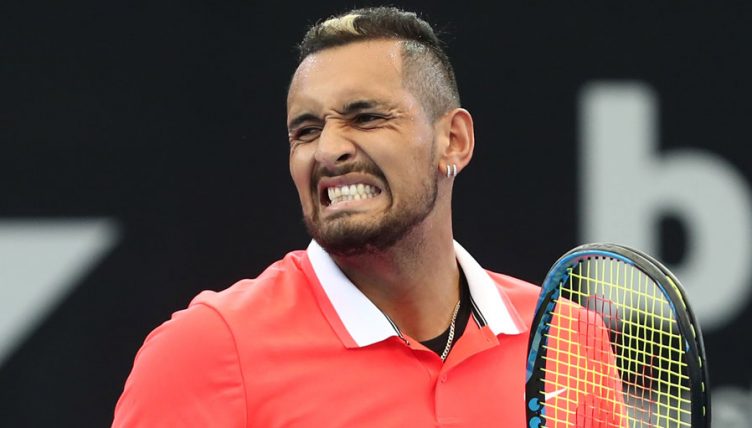 Nick Kyrgios has been dumped out of the Brisbane International and the world’s top 50 after losing to Jeremy Chardy.

The troubled Australian entered the competition as defending champion, but sank to a 6-7 6-2 6-3 defeat.

However, despite the blow, Kyrgios insists he is renaming calm and confident ahead of the Australian Open.

“I honestly could not care less,” he said following the defeat.

“I had an unbelievable pre-season. I loved every bit of it being home and being away from the sport. I loved it.”

On the Australian Open he added: “I feel like no matter who I play, I’ve got a fair shot if I play the right style of tennis and I’m feeling good.

“But at this stage I’m not even thinking about it.

“I’m just going to go do everything I usually do, just go practise and when the time comes, I’ll play a match.

“No matter who I draw, I’ll play and that’s just what it is.”

Indeed, it was Chardy, who now faces Japanese qualifier Yasutaka Uchiyama in the next round, who appeared most sadness for his vanquished opponent.

“It was a tough match,” said Chardy.

“Today I played really solid and I am really happy with the win.

“I’m Sorry for Nick, he’s my friend outside of the court and it’s always difficult to play against somebody you like.”