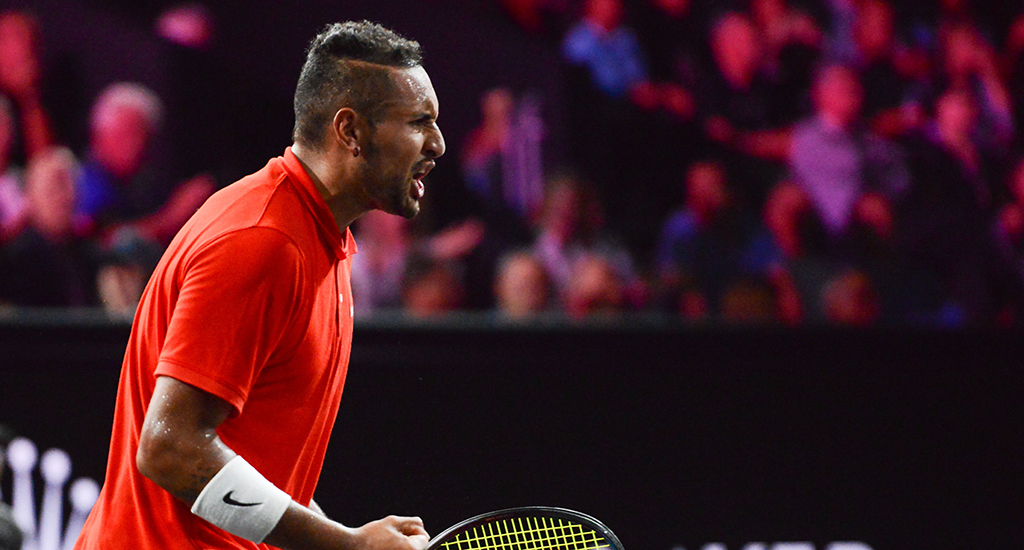 Nick Kyrgios definitely thinks Roger Federer is the best player of all time, and he is almost bored of hearing himself saying it.

The Australian faced off against Federer at the Laver Cup in Geveva on Saturday, taking the Swiss master all the way to a super tiebreak before falling agonisingly short.

However, Kyrgios was keen to stress that, although he lost, he firmly believes Federer is the best of the best.

“I was playing someone that’s probably the best to ever play the sport,” he told reporters of Federer.

“I don’t think it was a lack of shot selection or lack of discipline or lack of power or lack of anything.

“I think the guy I was playing was just pretty good. Don’t you think so? Yeah. It’s a pretty bad question, to be honest.”

Team World came to within one win of claiming their first Laver Cup crown, with Federer a key player in Europe’s stirring fightback – especially given it engaged the partisan Swiss crowd.

“Yeah. Going toe to toe with the best to do it is pretty special, especially to do it in his home arena,” Kyrgios added.

“But, you know, to go out there again and compete in front of both the McEnroe brothers, my team, going out there and laying it on the line, I thought it was an amazing match.

“But again, obviously I would have loved to have won, but it just wasn’t to be. It was a fun match.

“Yeah, he’s good at tennis, yes. He played unbelievable. He was way too good for me. Can we, like, ask a different question?”