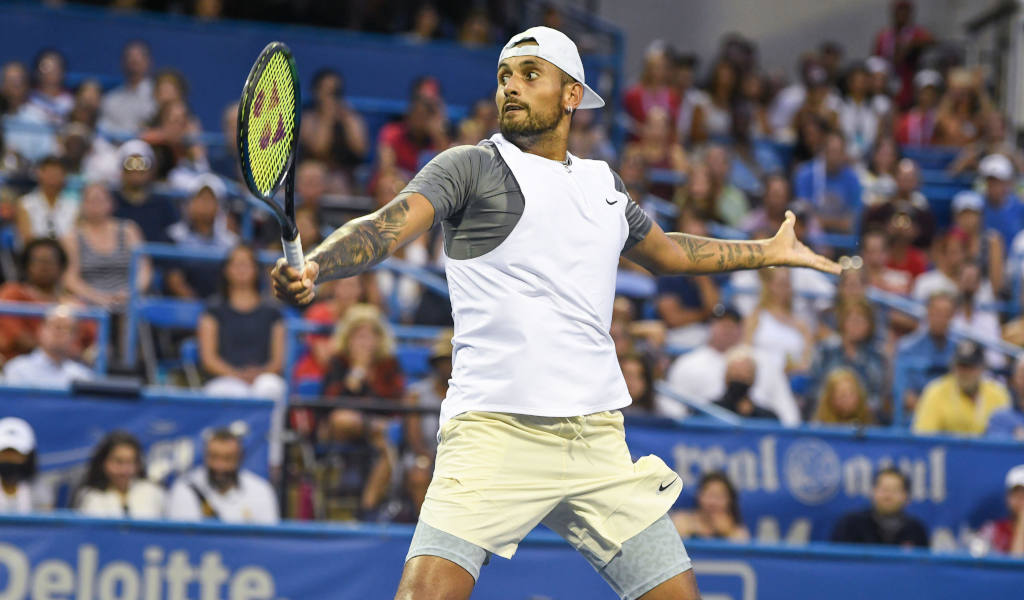 Nick Kyrgios has admitted that the Montreal Masters draw has not been kind to him as he prepares to face World No 1 Daniil Medvedev in the second round.

Kyrgios and Medvedev were both titlists last week in Washington and Los Cabos, respectively, and it was the first tournament in 2022 for the men likely to be the big draws at the US Open.

The Australian is in the form of his life but is under no illusions that he will be able to breeze past Medvedev.

Kyrgios expects a lot of balls to come back at him from the defending US Open champion but has the advantage of an extra match on the Montreal hard courts.

Sebastian Baez gave Kyrgios a good workout in the first round but never looked like causing an upset as the World No 37 won through 6-4, 6-4.

Kyrgios offered just three break points to Baez in that clash and will need to be similarly tight on serve if he is to progress against.

He has mixed feelings about the clash which he says could bring the best out of his game.

Alexander Zverev gives positive injury update, but withdraws from Cincy with US Open also in doubt

“I know I’ve got Medvedev next which kind of sucks,” Nick Kyrgios told Tennis Channel.

“I feel like against pretty much any player right now, I’d feel extremely confident. Obviously I feel confident going up against him, but we all know what he can produce.

“It’s going to be a good match for sure.

“I’m a bit tired but I’m gonna try and give him a good run.

“I’d like to play 95 per cent of the draw in the next round but if it’s anything like today, I know there’s going to be a lot of balls coming back and it’s going to be tough.

“A part of me wants the challenge, but a part of me knows it’s not going to be easy at all. I’m not gonna shy away from it, I’m going to do everything I can to recover and rest.

Kyrgios also added that he is a big fan of the top-ranked man.

“But he’s a hell of a player and it’s incredible to see how he plays.”

“He returns so far back, hits some crazy shots that we’ve never seen before.

“He does it his own way, he’s unorthodox and really special in the game.

“I love watching him play because he just looks so crazy out there, it’s like nothing I’ve ever seen.

“I love people who just play the way they want to play. He’s comfortable in his own skin so hopefully it will be two contrasting styles as well. Not going to get much different tennis from me, I’m going to serve massive and play big and try to dictate. If I do that well, usually it works.”