Nick Kyrgios: I struggle to deal with media attention, but I won’t change who I am 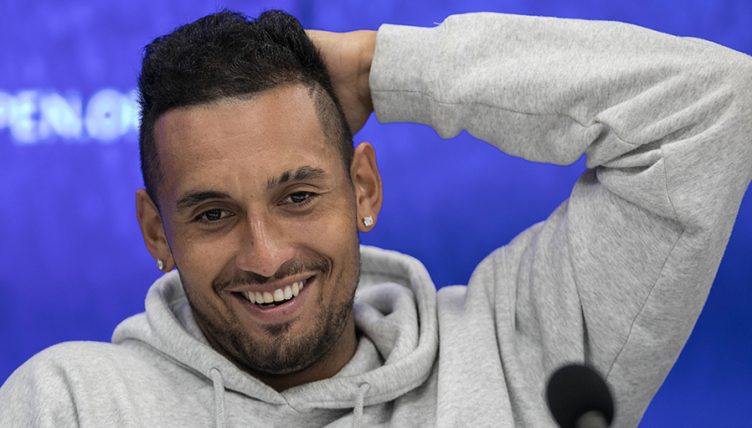 Nick Kyrgios has opened up about the media attention he receives, and admitted that he finds it tough to deal with the amount of spotlight he receives.

The controversial Australian has become one of the most box-office draws on the ATP Tour, despite slipping to outside the top 50 in the world this season.

His on-court antics and at-times fiery outspoken comments to the media have seen his profile sky-rocket, though, but he says he is just dealing with the media the only way he knows how.

“I feel like myself, I’m under the spotlight a lot more than most tennis players,” Kyrgios said in an interview with the Washington City Paper.

“It can be a guy ranked seven in the world that’s getting 1/12th of the media I’m getting, and I’m not playing half of the tournaments as he is.

“I’m still getting to know how to deal with it.”

Kyrgios accepts that some players are much more calculating with the media, but he is adamant that wouldn’t work for him.

“I understand they’re always trying to say the right things.

“It slipped outta my hand” 😂😂pic.twitter.com/fY9QbSwhEp

“You can use that as a platform for sponsor or whatever to carry yourself a certain way, even if that’s not how you are in person.

“For me, I just go in and try to answer the questions as honest as possible.

“That’s what I’ve done for practically my whole career and I’m happy with the way I go in there and try to be myself.

Despite his commitment to honesty which, more often than not seems to cause him more trouble than benefits, Kyrgios also believes the media themselves often play a dirty game.

“I think it’s more the ones where you’ve come off court… you might’ve had a bad day and you kinda know what kinds of questions are going to come.

“They kind of want you to bite on it and retaliate on their question, it makes you frustrated. I think the toughest part of it is have some discipline and sometimes not retaliate to their question.

“It’s not easy. It’s not as easy as it seems just walk in there and be good with answer[ing] all the questions.”