‘Nick Kyrgios is a big talent – when he wants to be,’ says Rafael Nadal after Australian Open battle 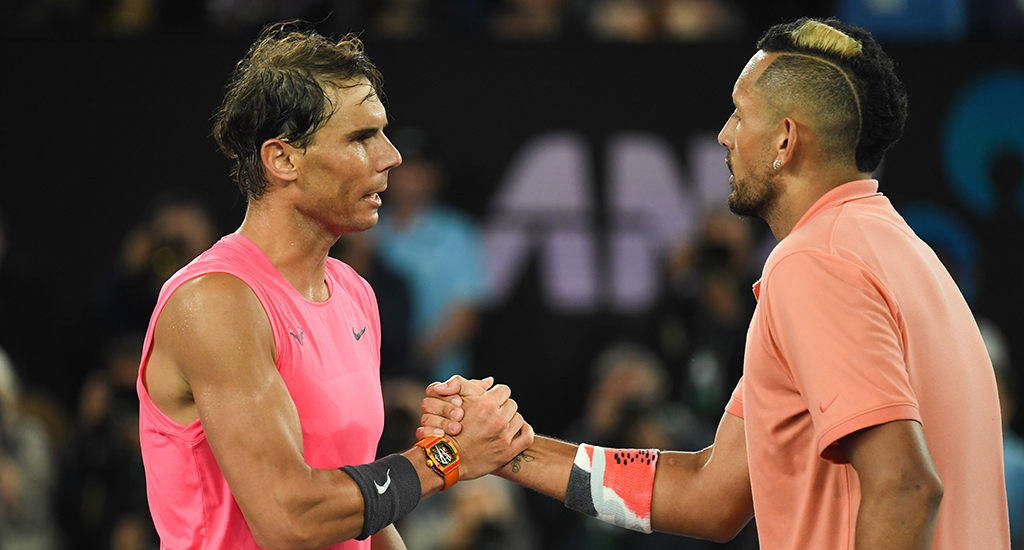 Rafael Nadal said he expected a tough match against Nick Kyrgios, describing the volatile Australian as a ‘big talent.’

Nadal had to battle but eventually got the best of Kyrgios in their fourth-round clash at the Australian Open on Monday.

The pair went into the match with a history of some personal animosity between them, but it appears that, while Kyrgios did not earn a win against the world number one, he did earn Nadal’s respect.

“I saw him playing during the whole tournament almost every match, and he has been great, with a very positive attitude,” said Nadal.

“Personally, I like to watch him play when he’s doing that way.

“I think everybody likes to watch Nick play when he’s able to play like this.

“His talent is to be one of the best [players] of the world, without a doubt, with good chances to fight for every tournament.

“When he wants to play tennis, when he’s focused on what he’s doing, I think he’s a very important player for our sport because he has a big talent.

“He’s one of these players that can be very, very interesting for the crowd.”