‘He’s going to run himself out of the game’: John McEnroe’s warning to young star 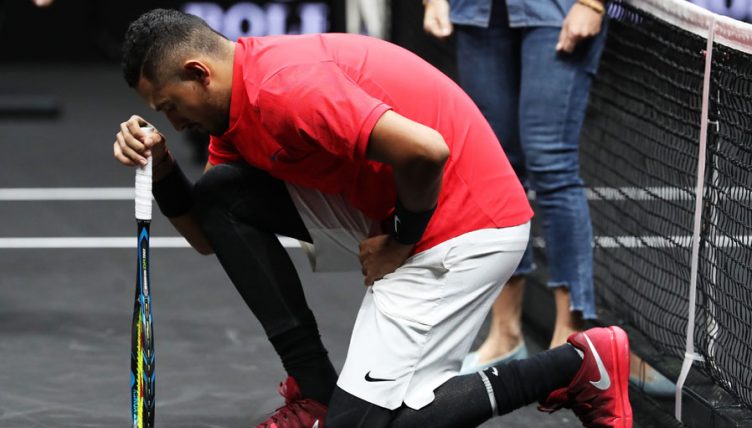 John McEnroe has labelled Nick Kyrgios the most talented player of his generation, but warned him it will amount to nothing unless he conquers his demons.

Kyrgios’ career has been blighted by controversy,with allegations of unsportsmanlike conduct commonplace.

He has since confirmed he is seeking psychological help, and admitted he has perhaps left it too long before making that decision.

McEnroe, who worked with Kyrgios at the Laver Cup and had his own fair share of on-court flashpoints, says he hopes it is not too late for the Australian.

“He’s going to run himself out of the game at this point,” warned McEnroe, “which I don’t want to see. But that’s what’s going to happen. It’s as clear as day,”

“I like him a lot. I think he’s a great kid and actually I think he’s the most talented tennis player that I’ve seen in 10 years.

“The difference between Nick and I at the moment is I tried all the time. He doesn’t, for whatever reason.

I’m not Sigmund Freud. I wish I was because I like Nick and he’d be good for the sport [if he fully committed].

“Obviously it would be good for him. That goes without saying. I think Nick’s a really nice kid.”