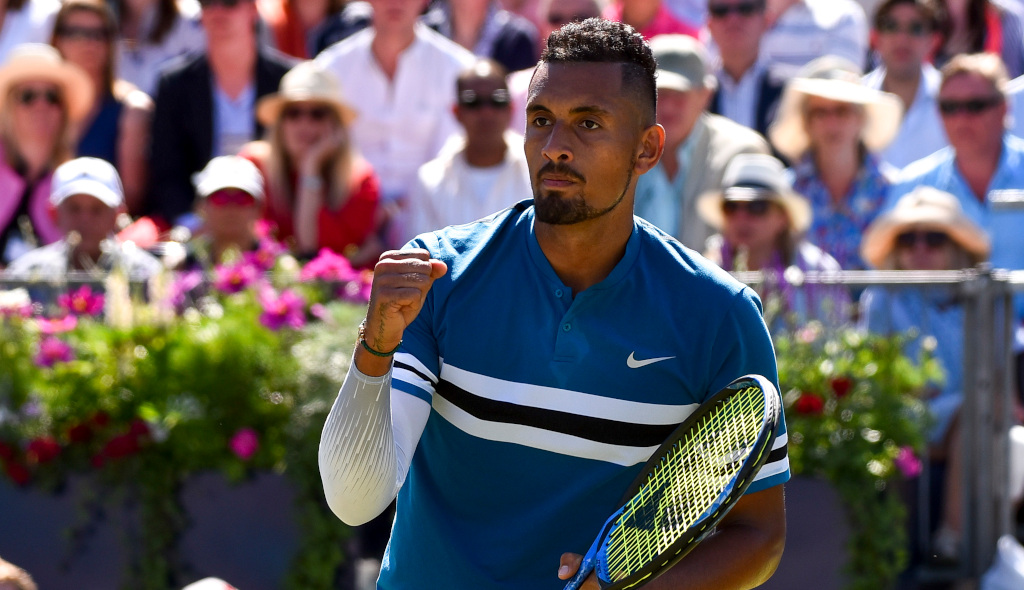 Nick Kyrgios and two-time Fever-Tree Championships winner Marin Cilic are the latest players to sign up for this year’s tournament at Queen’s Club.

Australian Kyrgios is set to make his sixth appearance at the event with his best display coming in 2018 when he reached the semi-final before losing to eventual champion Cilic.

“I love playing on grass, and the Queen’s Club courts are as good as any in the world,” the current world No 39 said.

“I’d love to go deep at the Fever-Tree Championships and at Wimbledon this year. I’ve been playing well, so I’m pumped for what’s to come.”

Kyrgios, though, made all the wrong headlines at Queen’s Club in recent years as in 2018 he was slapped with a £13,000 fine for making a lewd gesture with a water bottle while last year he was fined £13,766 for unsportsmanlike conduct.

His 2019 fine came after he accused a line judge of “rigging” his match as well as insulting officials.

Former US Open champion Cilic, though, has never had any problems at Queen’s Club and he will return to try to win a third trophy.

“Marin loves playing at the Fever-Tree Championships and the crowds at Queen’s have loved watching him lift the trophy on two occasions,” Tournament Director and LTA Director of International Events and Professional Game, Stephen Farrow, said.

“Nick played brilliantly in Melbourne at the start of the year, and we can’t wait to see him bring his unique brand of tennis to The Queen’s Club in June.”