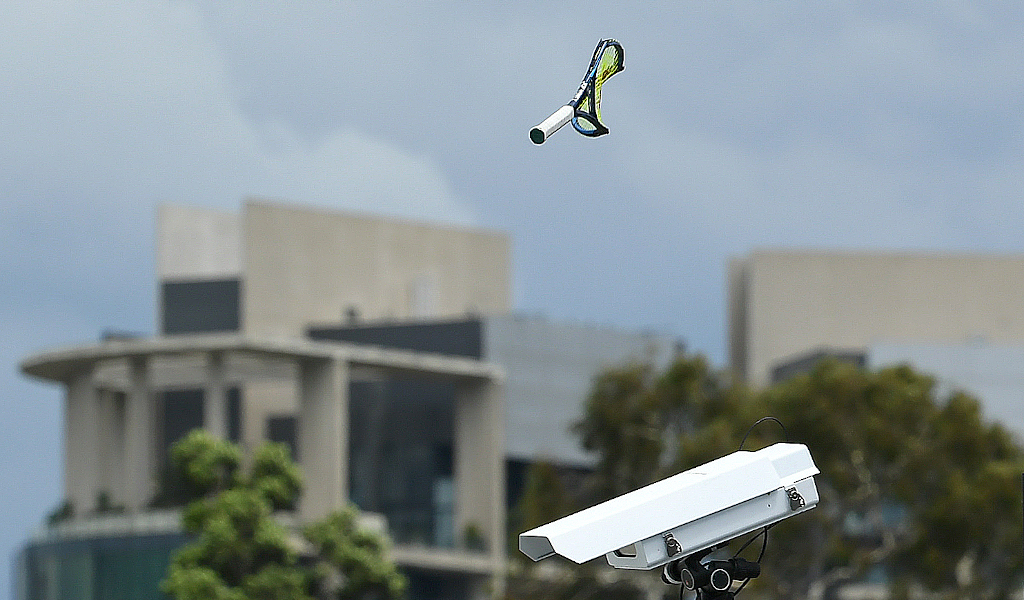 Nick Kyrgios saw the funny side of Andy Roddick’s tutorial on “how to throw a racket without getting in trouble” as he admits players “need to chill with the rackets”.

The ATP Tour has had a lot of unsavoury incidents in the past few weeks with Alexander Zverev expelled from the Mexican Open after he hit the umpire’s chair with his racket while Kyrgios himself was fined after he threw his racket into the ground and it bounced up and nearly hit a ball boy in Indian Wells.

Then there was Jenson Brooksby who also nearly hit a ball person during a racket throwing incident at the Miami Open while Jordan Thompson accidentally hit a ball girl with a ball when he also suffered a meltdown in Florida.

It led to former world No 1 Roddick posting a hilarious tutorial on Twitter as he tried to educate players about the ins and outs of throwing a racket.

How to throw a racket/hit a ball in anger without getting in trouble ……. pic.twitter.com/NTz2ff55Rw

“Hey, Andy Roddick here. There’s been a lot of controversy over the last month with Alexander Zverev breaking his racket into the umpire’s chair down in Mexico,” he said. “Nick Kyrgios almost hitting a ball kid with a racket, obviously, Novak Djokovic firing a ball and unfortunately hitting an umpire’s throat a couple years ago at the US Open,’ he said in the video.

“I’m going to save all the players a lot of drama and teach them how to throw a racket without getting in trouble.

“When throwing a racket it’s beneficial to throw it face down, so like this [Roddick proceeds to show how it’s done]. It doesn’t go anywhere, you’re not gonna hit anyone, it’ll land in a little circle of, like, four feet.”

Kyrgios, though, saw the funny side of the Roddick comment and agreed with the American that players need to be a bit more careful.

“I love A-rod and I agree we all need to chill with the rackets and all that,” he tweeted.