He called me a d*** so I got him thrown out: Nick Kyrgios explains fan spat

Nick Kyrgios once again found himself at the centre of controversy after getting involved with a heckling fan at the Miami Open.

The Australian was playing his third round match against Dusan Lajovic when he entered into a lengthy verbal exchange with a member of the crowd.

During the first set, the fan yelled out at Kyrgios to “Get a new haircut’ prompting Kyrgios to snapped, shouting back: “You got a free ticket?

There were further small snipes from both men before the fan was ultimately removed before Kyrgios sealed what was a comfortable 6-3, 6-1 win. 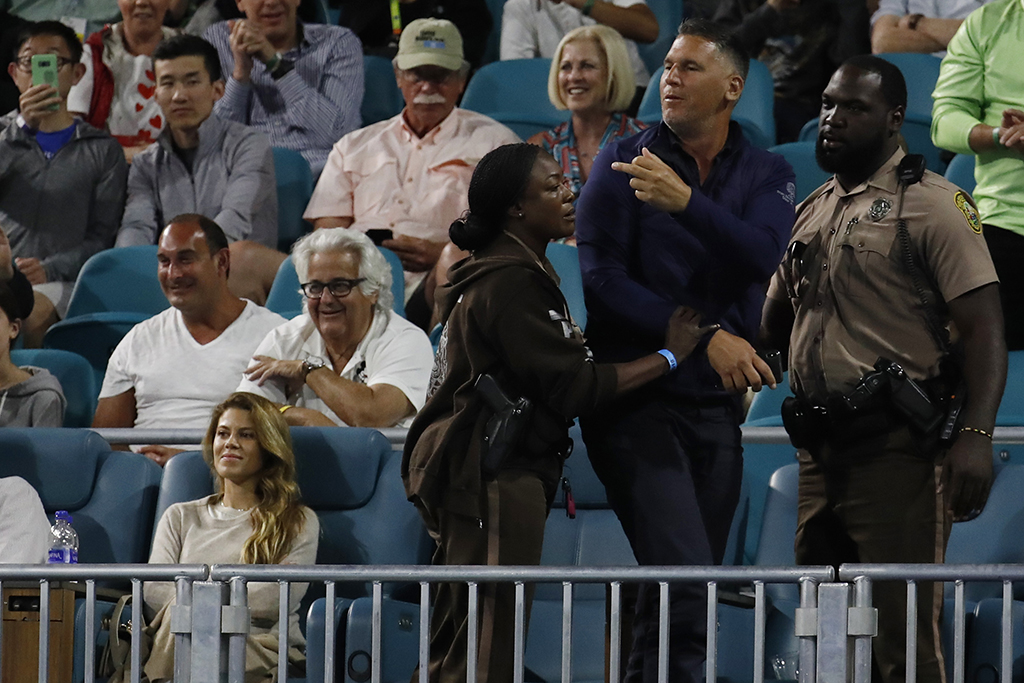 “I knew that I was going to get him kicked out. I loved it. I think the crowd loved it [too].”