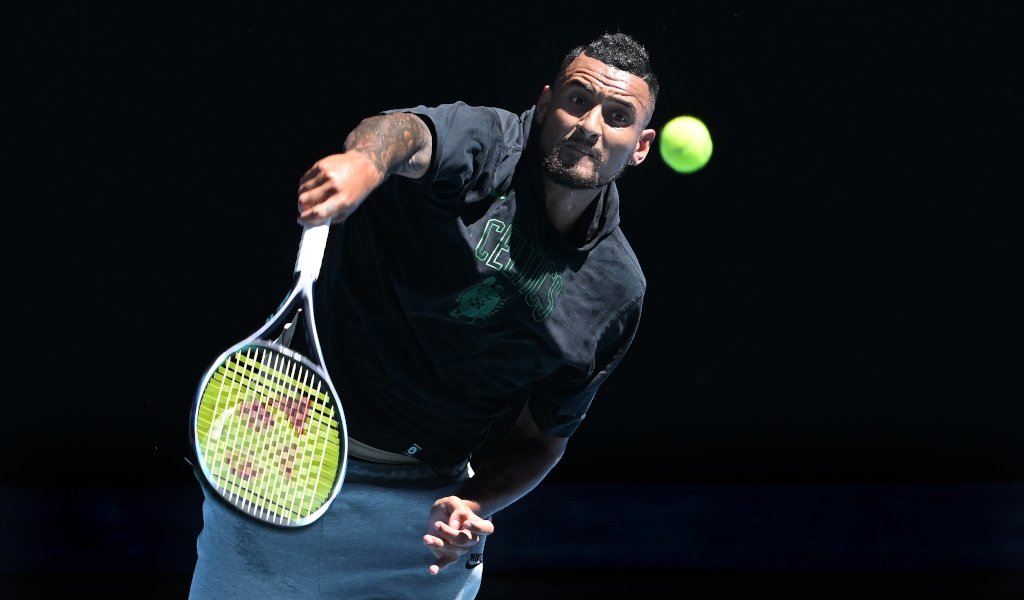 Aussie Nick Kyrgios has withdrawn from the Delray Beach Open in Florida as he takes a bigger break from tennis after he won the 2022 Australian Open doubles tournament with Thanasi Kokkinakis – their first ever Grand Slam win together.

It seemed that the outspoken world No 122 was snubbed for a place in Australia’s Davis Cup squad for their upcoming qualifying matches against Hungary as he wasn’t included in the team, however Kokkinakis has hinted that his partner turned team captain Lleyton Hewitt’s offer down.

This would definitely make sense given Kyrgios has now pulled out of the ATP Tour event in the United States in order to get in more recovery time after his epic season opening Grand Slam campaign, perhaps in an effort to focus primarily on major tournaments this season.

It was due to be the controversial figure’s second time at the Delray Beach Open, the first time he made an appearance being three years ago in 2019 where he suffered a shock defeat to Radu Albot in the round of 16 after beating John Millman in the opening round.

Frances Tiafoe was also set to play in the ATP event but he too has withdrawn from the competition after announcing he was going to be taking some time away from tennis to address a persistent elbow injury and he hasn’t set a date for his return.

After having an amazing 2021 season by causing massive upsets at Wimbledon and the US Open by beating Stefanos Tsitsipas and Andrey Rublev respectively, he has failed to recreate that sort of form this year as he bowed out of the ‘Happy Slam’ in Australia after the second round after he was defeated by fellow American Taylor Fritz.

Despite two players having already withdrawn from the Delay Beach Open, one player has been added to the tournament – American Tommy Paul was awarded a wildcard for the competition which is celebrating its 30th anniversary this year.

The Delray Beach Open gets underway from February 11.