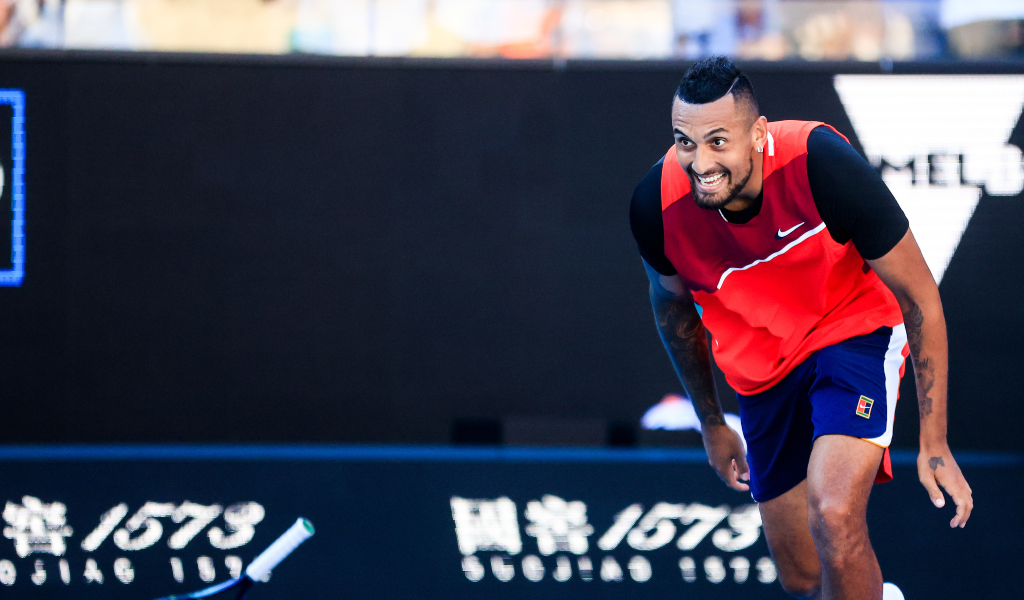 Nick Kyrgios is showing no signs of putting the breaks on as he continues to climb the ATP rankings thanks to his successful run in his first clay court competition in three years.

The Australian player made it to the semi finals in the US Men’s Clay Court Championships in Houston last week before he was beaten by eventual winner Reilly Opelka.

Rusty may have been used to describe the colour of the surface but definitely not for the world No 77’s performance as he manged to overcome three US stars in the form of Mackenzie McDonald during the opening round, Tommy Paul and Michael Mmoh, and as a result he jumped a massive 17 places in the table.

Haha again… falls all on me. Umpires seem to make these mistakes a little too often. A lot of players seemed dissatisfied with the performance of them this week in Houston. More punishment? Potentially new umpires? Semi final, ‘I missed it nick’ on clay 5-5 in the second set 😂 https://t.co/twdrC5Npwv

However, it wouldn’t be Kyrgios without a bit of controversy and the 26-year-old came under fire for swearing at the referee and could face a hefty fine.

Elsewhere in Houston, John Isner who narrowly missed out on adding to his title tally after falling to Opelka in the final, doesn’t leave Texas empty handed as he rose four place in the rankings to become the world No 23.

David Goffin has re-entered the top 50 this week after his win at the Grand Prix Hassan II in Morocco to make it six title wins in his career so far.

Along the way to the final he managed to defeat three time champion Pablo Andujar and then in the final he beat Alex Molcan, who has reached a milestone of his own this week as he is now ranked No 50 which is a career high for the Slovakian.

Additionally, Danish Holger Rune also reached a career high ranking as he is now the world No 79 at just 18 years old.

The NextGen star won a fifth ATP Challenger title last Saturday in Italy before he made the quick trip to Monte Carlo to take part in the qualifiers for the tournament which he has successfully completed and will face Aslan Karastev in the opening round tomorrow.