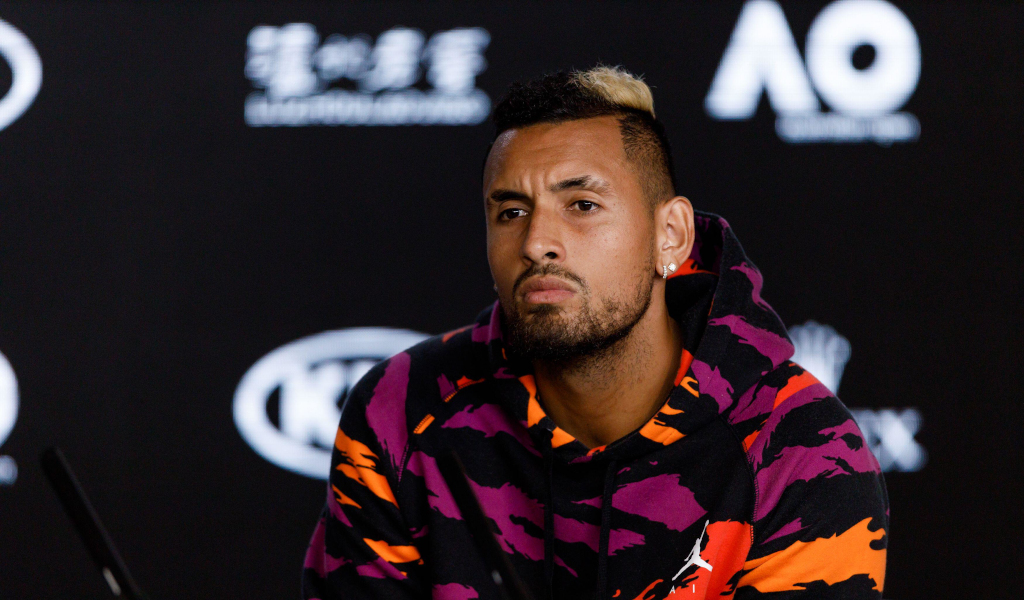 Nick Kyrgios tried everything possible to be fit for the 2023 Australian Open as he underwent several procedures, but in the end his team made the “sensible decision to withdraw him” from the tournament as they didn’t want to cause any long-term damage.

The season-opening Grand Slam suffered a big blow on Monday as local hope Kyrgios pulled out of the tournament due to a left-knee injury with the event already without world No 1 Carlos Alcaraz.

After skipping the mixed team United Cup due to the injury, Kyrgios played an exhibition match against Novak Djokovic on Friday to test his knee, but the team felt he was not 100% to compete.

Physiotherapist Will Maher gave a full explanation of the injury during a press conference.

“It has been a pretty interrupted and difficult lead into the Australian Open unfortunately and during the last week or so Nick’s experienced some discomfort in his knee,” he said.

“[He had a] routine MRI just to make sure everything was okay [but it found] there’s a parameniscal cyst growing in the lateral meniscus which is the result of a small tear in his left lateral meniscus.

“It’s not a significant injury in the sense that it is going to be career-threatening or anything like that. Even at that stage it was still worth persevering to see if we could do anything to get him back on court.

“To Nick’s credit he did try everything to the point even last week he was having a procedure called fenestration and drainage where they use a syringe to try and drain the cyst which Nick has some pretty gruesome photos of. I’m pretty sure he’ll share them later. [He also had] injections that he could try and get in his knee without causing long-term damage.

“We came to Melbourne with the hope that there might be some pressure relieved from that procedure and he’d have some relief and be able to get up to a level he was comfortable to compete.

“We used the charity event against Novak as a gauge to see if he could compete at that highest level [but] he didn’t pull up great and he still tried to get himself every chance in the following days to have subsequent training but it was clear that with each passing session that he was getting sorer and sorer.”

Kyrgios described himself as one of the favourites to win this year’s Australian Open and if he was to go all the way he would have had to win seven matches in a row and the team decided it was too big a risk.

Maher added: “I think we made the sensible decision to withdraw him because at this stage he wants to feel mentally comfortable that he can go seven matches, he can go the distance, he needs to be able potentially [play] seven three-hour matches [as] simply getting on the court was not enough for him.

“We wanted to prevent him from causing further injury or making that injury worse.”

So what’s next for the 27-year-old and when will he be back on court?

“He’ll go back to Canberra at the end of the week and he’ll have an arthroscopic procedure to clean up his lateral meniscus and remove the paralabal cyst and then from there it’s a relatively straightforward recovery through February for him and very realistically back on the court for Indian Wells [at the beginning of March],” Maher continued.

“It won’t interrupt his year tremendously despite the fact that it’s a great disappointment to withdraw from the Australian Open home Slam. The prognosis is good, he’ll be fine and we’ll just go back to work and make sure everything’s fine for him and we go again.”