Nick Kyrgios serves 30 aces, but still loses against ‘hell of a player’ Hubert Hurkacz in Halle 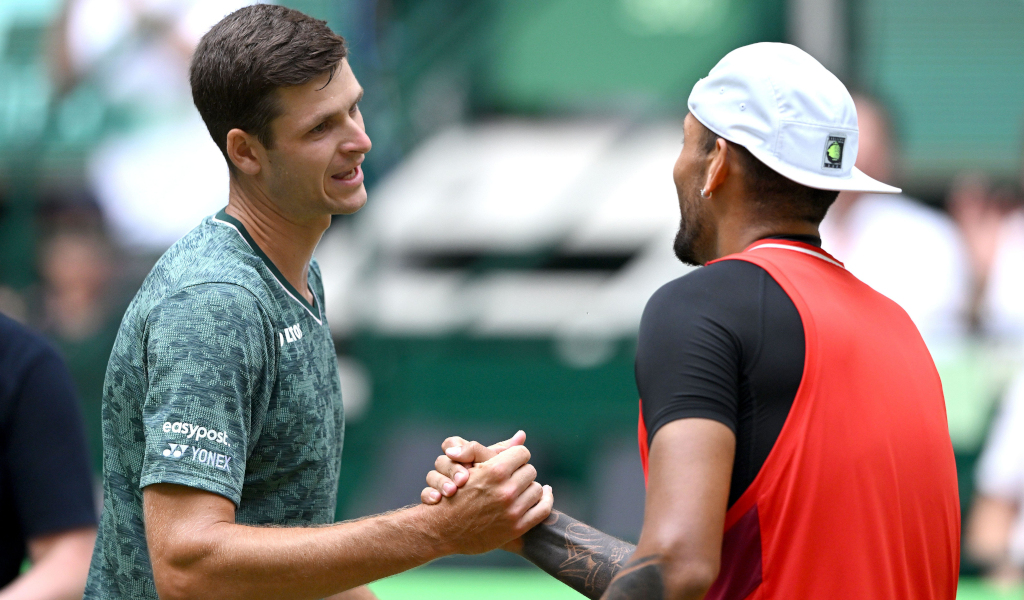 Nick Kyrgios’ wait for his first singles title since 2019 continues as he lost against an impressive Hubert Hurkacz in the semi-final of the Halle Open.

The Australian, who had beaten top seed Stefanos Tsitsipas and sixth seed Pablo Carreno Busta en route to reaching the last four, lost a titanic encounter 4-6, 7-6 (7-2), 7-6 (7-4) against the Pole in just over two hours.

There was only one break of serve in the entire match as Kyrgios broke in game nine of the opening set before Hurkacz edged the two tie-breakers.

It was a match full of aces on the grass in Halle as Kyrgios sent down 30 while Hurkacz replied with 27, but the world No 65 had nothing but praise for his opponent after the match.

“He’s a hell of a player,” Kyrgios, whose last ATP Tour singles final was at Washington in August 2019, said.

“His serve is incredible. I honestly didn’t feel like I was getting any sort of read on it.

“I was playing well in the last two sets, but I played a shocking tie-break in the second set. It is what it is, I’m happy with my form this week.”

World No 12 Hurkacz, who will face Daniil Medevedev in Sunday’s final, explained how he managed to come out on top in such a tight contest.

“One or two shots [was the difference],” he said. “Definitely super close. Nick played a really, really great match. He’s a great player, so it was definitely a super tough one.”

He added: “Trying to hit the strings on the return, that’s what I’m trying to do. Playing here with such a great server as Nick, you just try to get one ball in and that can make the difference.”