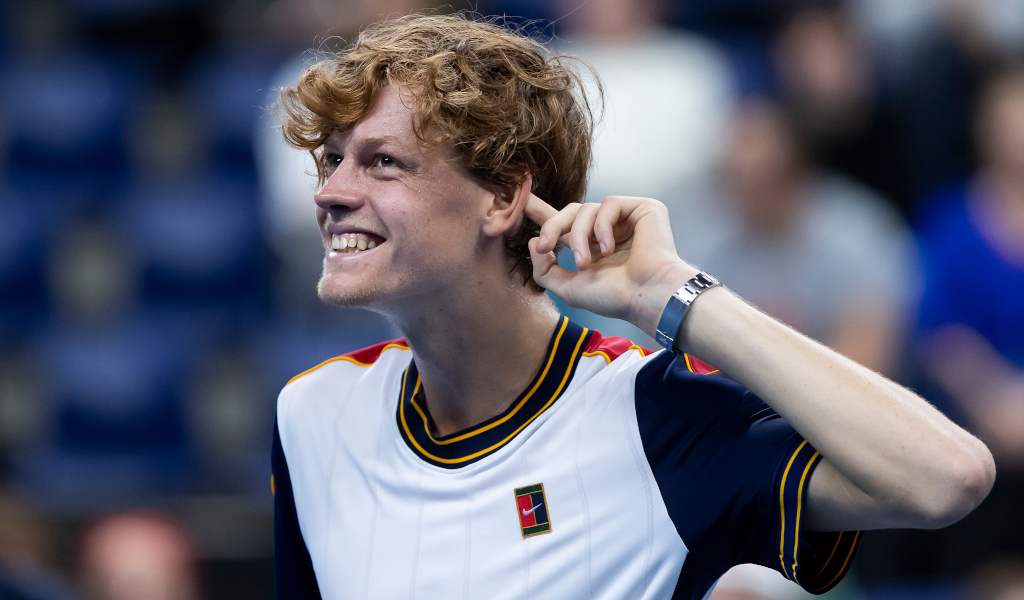 Jannik Sinner made it 18 consecutive sets won on indoor hard courts as he brushed aside Reilly Opelka at the Vienna Open, leaving Nick Kyrgios to lead praises.

Having won the Sofia Open and European Open over the past few weeks, Sinner took his unbeaten run in indoor tournaments to nine matches with a clinical 6-4, 6-2 victory over Opelka in just one hour and four minutes.

It was an impressive display from the 20-year-old with a break in game five of the opening set and breaks in games five and seven of the second set earning him the win.

“I think I had not so many chances and I used them. I think that was the key today,” Sinner said.

“I served well. My service holds were always quite fast and good. I felt well on the baseline, so I knew when I went in a rally that somehow I was going to win the point. But it’s never easy playing against him. You never have rhythm.”

One player who knows all too well about Sinner’s qualities is Kyrgios with the Australian quick to praise him on Twitter.

He is another level. That’s for sure, played him in Washington doubles. Never played someone who hit the ball as hard

“He is another level. That’s for sure, played him in Washington doubles. Never played someone who hit the ball as hard,” he wrote.