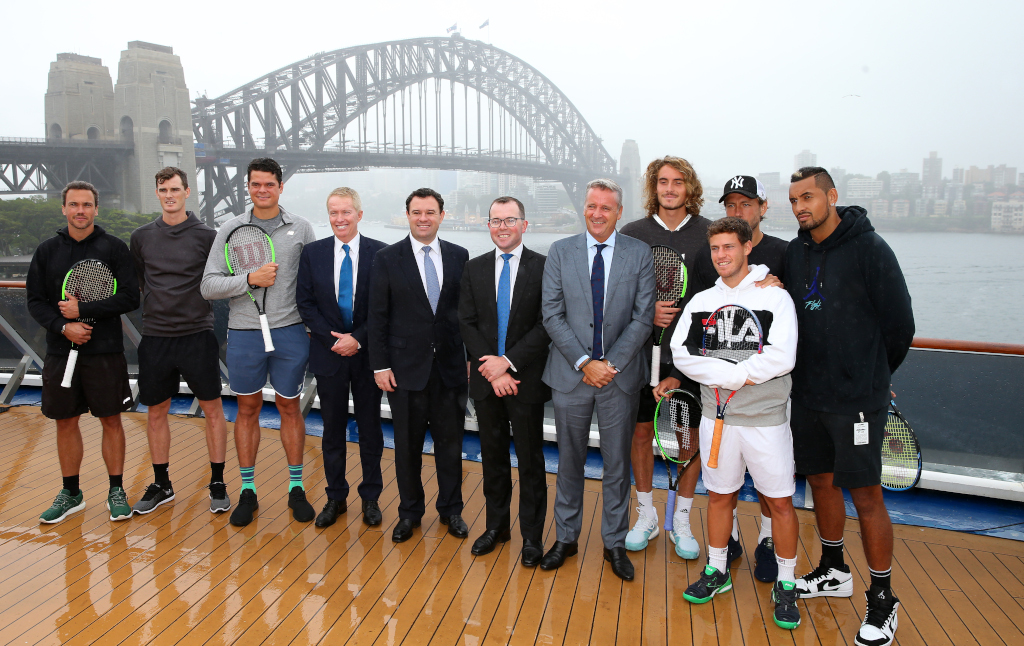 The Association of Tennis Professionals (ATP) has officially launched its ATP Cup with Sydney named hosts of the inaugural finals in 2020 with Brisbane and one other city set to stage round-robin matches.

The 24-team tournament, which will be split into three eight-team groups, will officially mark the start of the new season next year with matches to be played from January 3-10 in three Australian cities.

Players will be able to amass as much as 750 ranking points while the prize money will be an impressive $15 million.

Sydney’s Ken Rosewall Arena, which will get a new roof, will host the final and a few group matches along with Brisbane while the third city, either Adelaide or Perth, is still to be confirmed.

The tournament has received the backing of some of the world’s top players including Roger Federer and Novak Djokovic with the duo stating on numerous occasions they would rather play in the ATP Cup than the revamped Davis Cup.

“The ATP Cup fits perfectly with our strategy to innovate and look towards the future,” ATP Executive Chairman & President Chris Kermode said.

“We know from our extensive discussions with the players that the ATP Cup will provide a great way for them to open their season – bringing together the world’s best for a major team event that compliments existing scheduling, provides highly-coveted ATP Ranking points and clearly links to the Australian Open.”

Australia’s Nick Kyrgios can’t wait to team up with his compatriots.

“I’m super excited,” he told ATPTour.com. “For a chance to play with the boys I grew up with, like Thanasai [Kokkinakis], Jordan [Thompson] is something I’m really looking forward to.

“And now to see Alex [de Minaur] do so well, it’s going to be an awesome event. I know everyone on the Tour wants to be with their teammates. There’s nothing better than playing for your country against the other best players in the world.”