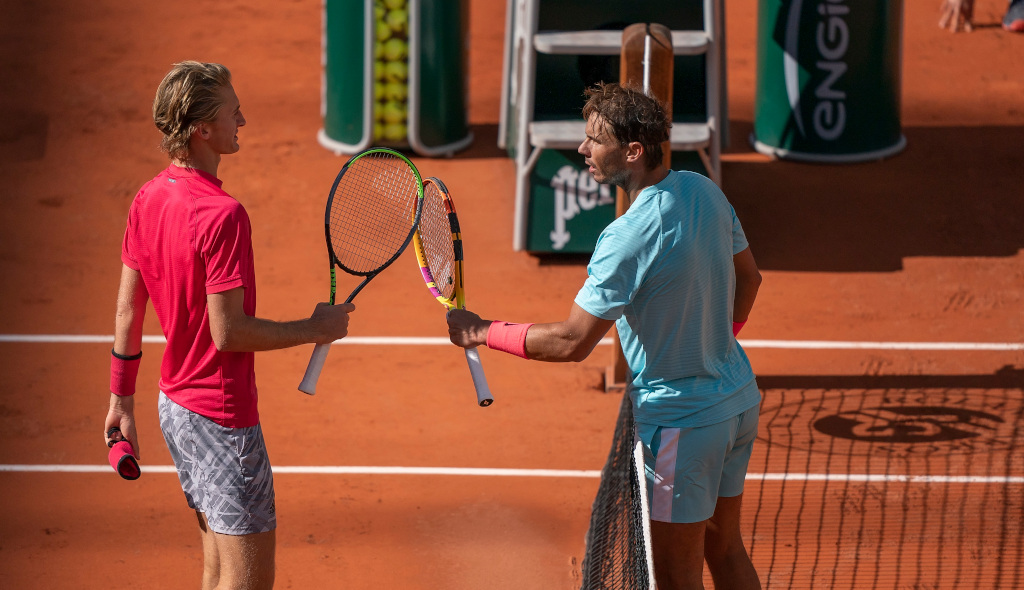 Nick Kyrgios has ridiculed Sebastian Korda for being star-struck during his French Open fourth-round defeat against Rafael Nadal.

The 20-year-old Korda, the son of former Grand Slam winner Petr, took on his childhood idol Nadal at Roland Garros on Sunday, but went down 6-1, 6-1, 6-2.

After the match he asked the Spaniard to autograph his shirt and shared the image on social media.

“It was definitely the best moment of my life, super awesome,” Korda said later.

“After the match I asked him for a signed shirt when we were tapping rackets. I don’t know if anyone’s ever asked him for an autograph after a match, but that was definitely the coolest moment of my life and one I’ll never forget for sure.

“Rafa was unbelievable. He said no problem. So I have one in my bag right now. So I’m super stoked.”

Enter Kyrgios with the Australian taking to Twitter to say that is “probably why he got destroyed”.

Probably why he got destroyed.

However, others have pointed out that Kyrgios was a bit of hypocrite as in 2018 he also took to social media to praise Roger Federer following a heavy defeat at the hands of the Swiss.