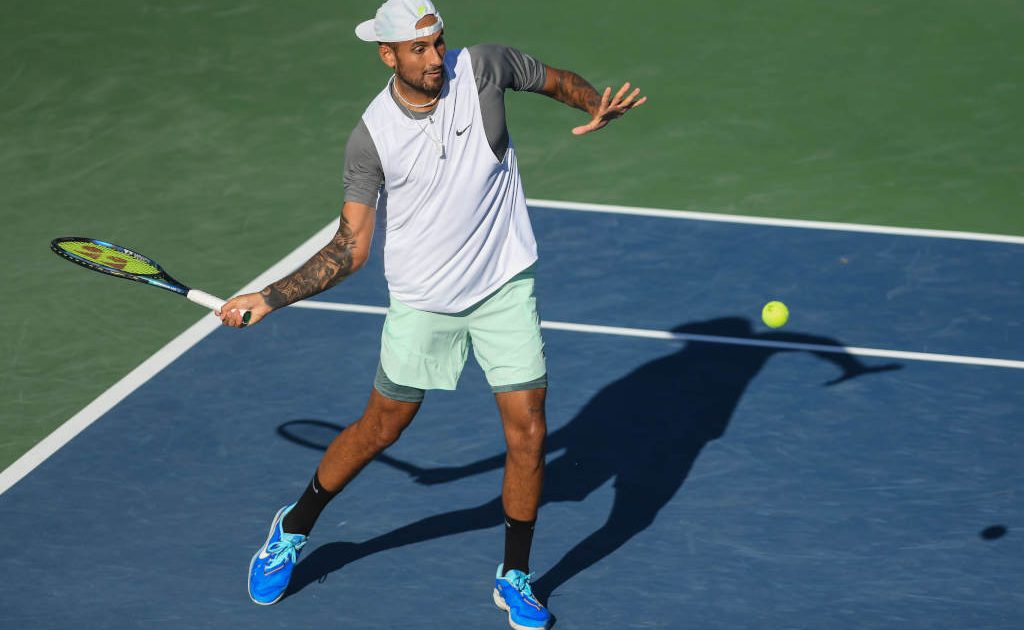 Those who believe that his Wimbledon run has sparked a change in Nick Kyrgios might feel vindicated after he produced a stunning display in Montreal to oust World No 1 Daniil Medvedev.

Kyrgios is on a hot streak having not lost since he went down to Novak Djokovic at SW19 and he used his entire bag of tricks to see off Medvedev.

Medvedev tried to dictate play from the baseline but found Kyrgios’ serve and volley game unstoppable and the Aussie won 6-7(2), 6-4, 6-2.

Kyrgios clearly knew what he had to do to beat Medvedev as he notched his third win over the World No 1 in four meetings.

“This is the fourth meeting we’ve had and I’ve had some success against him in the past,” said Kyrgios.

“But he’s beaten me before [as well]. I feel like we know each other’s games well. I’m not the type of player that goes into this match looking at rankings or anything like that, it’s just who I’m playing and what kind of ball they’re giving me.”

Kyrgios has now won 14 of his past 15 matches having backed up his Wimbledon efforts with his second Citi Open title in Washington last week.

He had bounced back from losing the opening set in a tiebreak against a hustling Medvedev.

Kyrgios felt that he won because he executed his game plan better than Medvedev.

“Today I had a very clean objective of how I was going to play, a lot of serve-and-volley, a lot of aggressive play from the back,” said Kyrgios.

“I executed better than he did, that’s all it comes down to. He won the first set and I feel like I had opportunities there as well, so hopefully I can just keep this rolling.”

All three Brits in action in Round of 32 progress

Medvedev recognised that a few crucial errors cost him the match with Kyrgios showing that he is in the form of his life.

“For me, today the biggest difference was that I missed in some important moments some shots,” Medvedev said in his post-match presser.

“I didn’t miss much, but missed just a few where I think it could be different maybe in the later stage of a tournament. That’s a pity. At the same time, well, it’s like this.”

Geometry class is in session 📐

As for Kyrgios’ on-court behaviour, Medvedev had no complaints.

“He was great. He was playing good. He beat me fairly, if we can say [it] like this,” the World No 1 added.

Kyrgios is set for another interesting clash of styles in the next round against Australia’s top-ranked player in Alex de Minaur.

He could join De Minaur in the top 20 if he wins the Montreal title but first Kyrgios will need to get beyond the Round of 16 something he hasn’t done at this tournament.