The fallout from the Adria Tour continues with Nick Kyrgios hitting back at Novak Djokovic’s father for trying to “push the blame” onto Grigor Dimitrov following a string of positive coronavirus tests.

The controversial tournament, the brainchild of 17-time Grand Slam winner Djokovic, took place in Serbia and Croatia despite the Covid-19 pandemic.

Players and fans did not wear facemasks during events and did not adhere to social distance rules with Djokovic insisting that they were following guidelines set out by the Serbia government.

The first big bombshell dropped on Sunday evening when world No 19 Dimitrov confirmed he returned a positive coronavirus test after returning home to Monaco, and Borna Coric and Viktor Troicki also tested positive, but the latter two were still in Croatia.

World No 1 Djokovic added his name to the list when he announced on Tuesday that both he and his wife Jelena tested positive for Covid-19 after they flew back to Serbia.

His father, Srdjan, was unimpressed by Dimitrov and blamed the Bulgarian.

“Why did it happen? Because that man probably came sick, who knows from where,” Djokovic Sr. said of Dimitrov on RTL Croatia TV.

“He didn’t test here, he tested somewhere else … I think that’s not fair.

“He inflicted damage to both Croatia and to us as a family in Serbia.

“Nobody is feeling well because of this situation.”

Kyrgios, who has been very outspoken about the Adria Tour, hit back at Srdjan in an Instagram Story as he wrote ” don’t push the blame”. 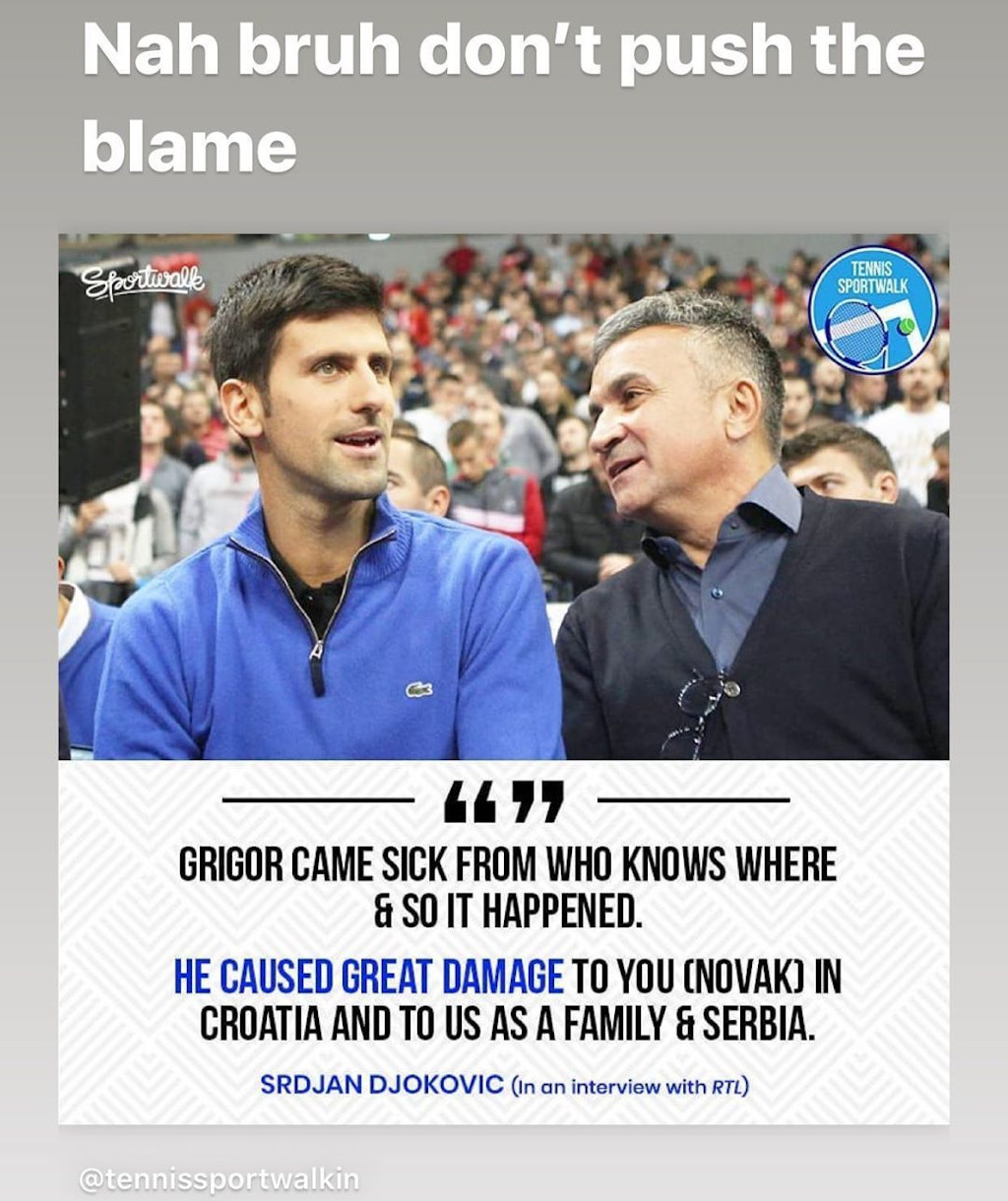