Nick Kyrgios to make French Open return, all in the name of love 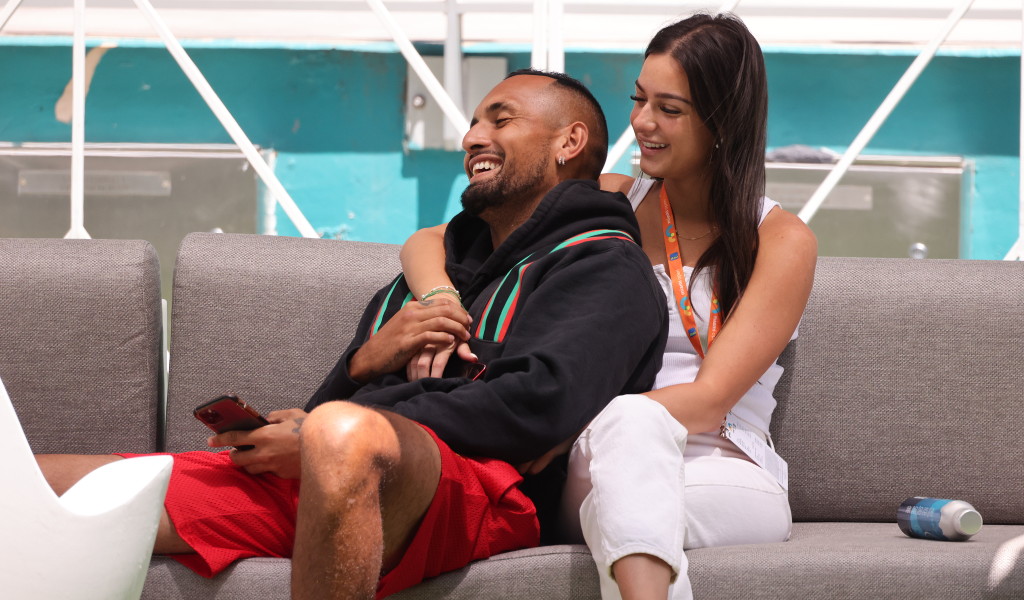 It’s no secret that Nick Kyrgios doesn’t particularly enjoy playing on the slower clay courts, and will once again skip this year’s French Open.

In fact, the previous time the Australian played at Roland Garros was in 2017, when he lost in the second round to South Africa’s Kevin Anderson.

However, the 26-year-old has revealed he will make a return to the French capital in 2023 since his girlfriend Costeen Hatzi is keen to spend some time in the City of Lights.

“Next year I am going to go to Paris. I’m announcing that now, I’m going to the French Open,” Kyrgios told tennis reporter and host Blair Henley.

“I haven’t played that in four years so I’ll be back next year.

“My girlfriend just wants to see Paris. I mean, I’ll play the French Open as well.”

In fact, he might have considered making a return this year if they didn’t already have plans for May – Kyrgios will be heading home before rejoining the tour for the grass-court season that follows.

“We already decided to go home and have that time. We’re just working towards that. Time at home’s crucial because the next trip is for three months and the time at home is so valuable,” Kyrgios continued.

“Especially being from Australia, you get homesick very quickly and we’re both very family-orientated, so we have to make sure that season remains tight.”

The news of Kyrgious’ return to Paris comes in the wake of him receiving a fine of $AUD47,000 from the ATP over his spat with umpire Carlos Bernardes in last week’s Miami Open.

During his Round of 16 defeat to Jannik Sinner, Kyrgios called the match official “horrendous” and “embarrassing” and lost his temper a number of times during the match.