Nick Kyrgios under injury cloud, but in a ‘really good head space’ ahead of ATP Cup 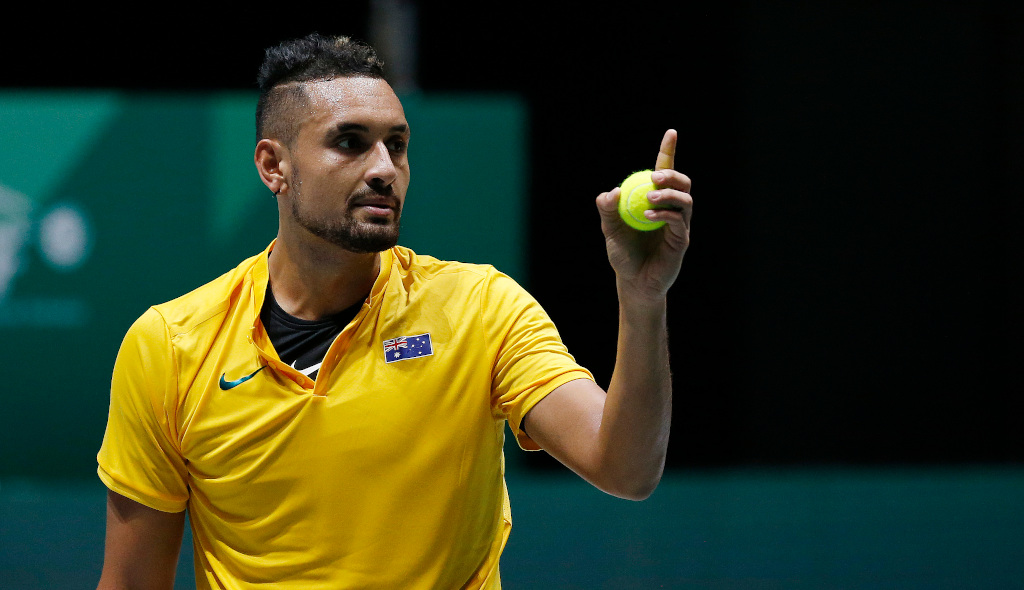 There is a “little bit of a concern” over Nick Kyrgios’ collarbone, but Lleyton Hewitt is confident he will be physically and mentally ready by the time the inaugural ATP Cup gets underway.

Kyrgios has struggled with injury during the latter half of the 2019 season as he missed the Laver Cup while he was also forced out of Australia’s Davis Cup quarter-final loss against Canada due to a collarbone injury.

Although his rehab is going well, Davis Cup captain Hewitt admits he is not yet 100%.

“It [collarbone injury] has happened a couple of times now so it is a little bit of a concern leading into an Australian summer where hopefully he is going to be playing a lot of matches,” he told AAP.

“The shoulder and collarbone area are obviously such a big part of his game, to be able to serve at the power that he does is a real weapon for him.

“He just has to do all the right things now. He is doing rehab and recovery and he is back on the courts now.

“I am still really confident that he can go out and back Alex de Minaur up.”

Kyrgios, who was handed a 16-week suspended sentence by the ATP in September following several outbursts, and Hewitt have not always seen eye to eye as the world No 30 initially threatened not to participate in the Davis Cup, but later changed his mind.

However, the 24-year-old is currently on his best behaviour.

“He has been in a really good head space … and he loves the team environment, being out there and supporting the boys,” he said.

“He always plays well in Australia – hopefully he can do that in January.”